Segart is a small village situated in the north of Valencia, in a natural park of special beauty. This attracts some members of our group to go there once in a while for gatherings and enjoying nature. After driving through the village of Segart several times, we noticed that there is a lot of rubbish lying around everywhere. We learned that less than 100 mostly elderly people live there throughout the year. Due to the limited budget for the public administration, only one employee can be afforded to take care of the cleaning, the general maintenance. This is when the idea came up, to tidy up the village.

About ten volunteers met in the early morning. Full of enthusiasm, they started the work on the town square and the children’s playground. The mayor and the groundkeeper provided the necessary tools. Brooms, rakes and bags were moving back and forth, and everything was flowing easily. Even the mayor helped sweeping the square with a broom. Within a short time, a dozen big bags of rubbish had been collected, and the good mood was spreading among all the participants. Some elderly people were sitting on the square, curiously watching the activities. 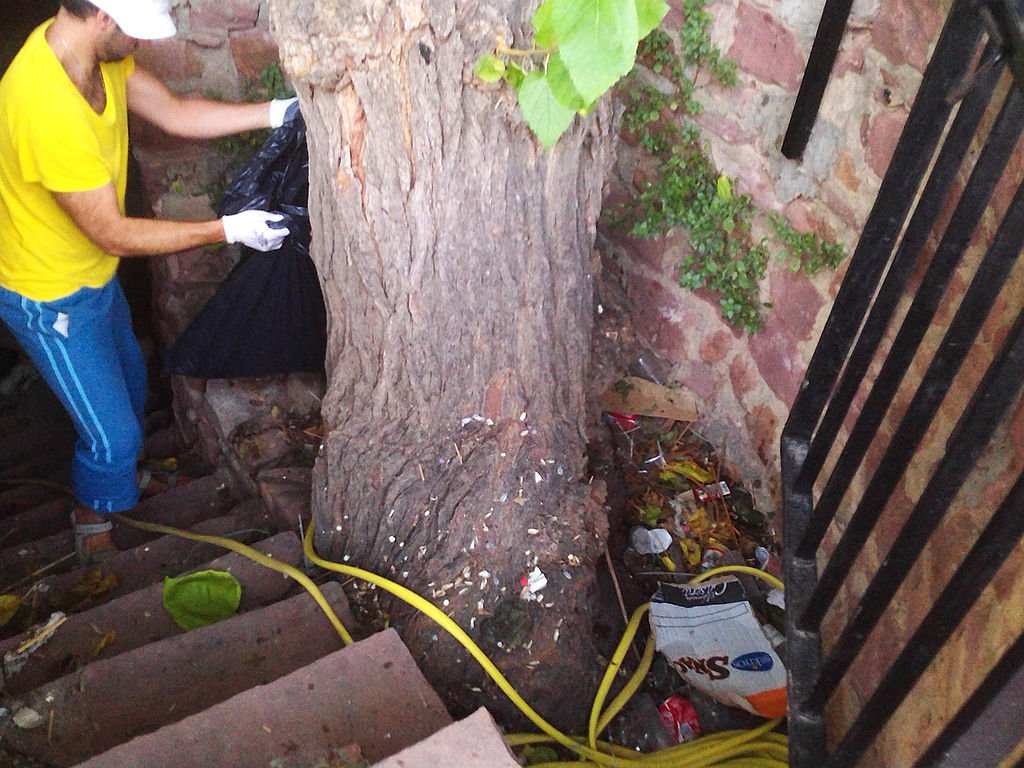 The lunch break in the shade of a majestic mulberry tree offered a good opportunity to chat with the locals. In the afternoon, the work was carried on and in the evening, when the activities were ceased for this day, the exhausted feet enjoyed a refreshing bath in the old water well. 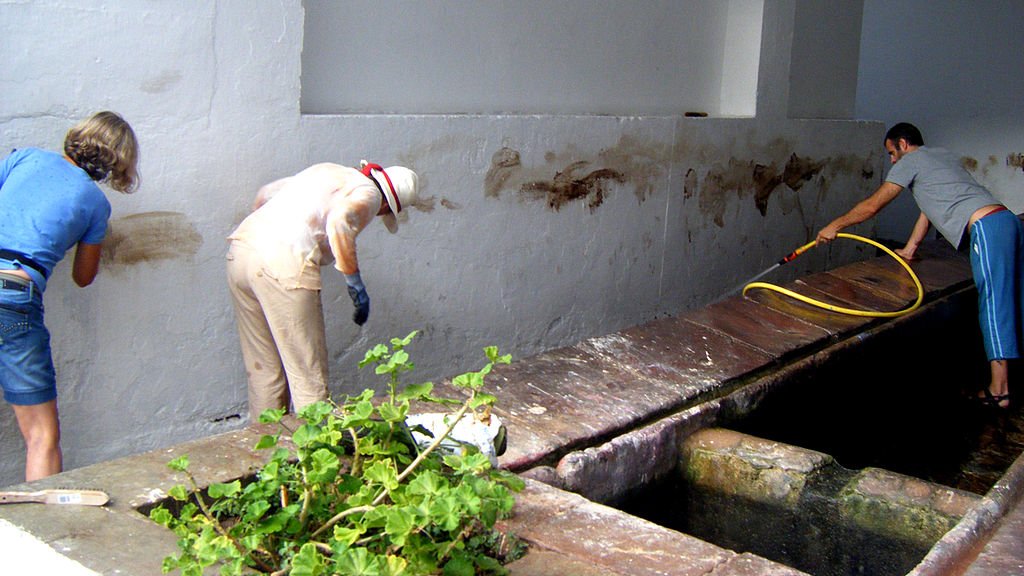 On the second day everyone woke up early again and the work was continued with the same verve. Three groups were formed, one went down to the river, another one to the main street and the third one worked on the antique stone sink, which up to today is used by some women to hand wash their clothes. The old stone sink was scrubbed and brushed with intensity, and hosed down over and over again, until eventually its original surface reappeared.
A loquat tree stuck in the sewer was rescued and planted into a clean area. 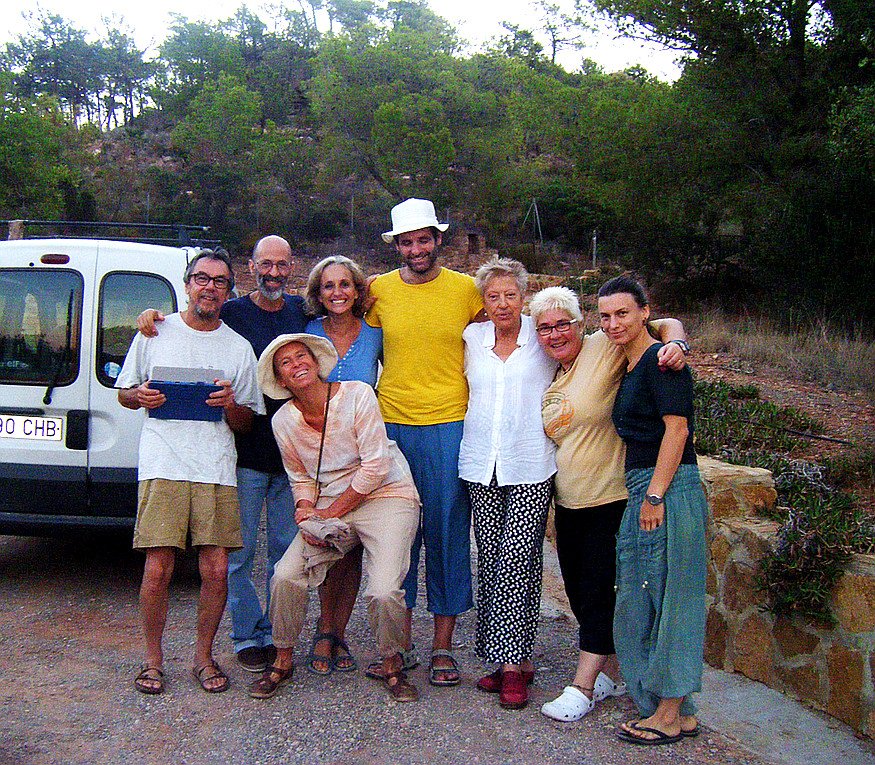 By the end of the second day, not only the squares and streets, the antique sink and the river side were sparkling clean, but also the serious amount of two truckloads full of rubbish had been collected. The mayor and the locals were pleased and grateful, looking forward to enjoy a new quality when moving through their village, and the volunteers were very content that they had been able to fulfil their self-imposed task in such an enjoyable, easy-going way.