Preparing for the Snow

Since 2011 the Polish Holosophic Society has put up a snow fence on the field next to the street Wola Sokolowska in Pobiedna in cooperation with the community every year.

During the winter months, a large part of the road often became impassable due to the snow and the safest way to drive was behind the snowplow. Thanks to the snow fence the snow is now piled up on the field alongside the road, which then remains free.

This year an Italian group visiting LCP joined the action. A group of 14 people were rolling out the 800 metres long snow fence and attaching it tightly to the 300 wooden poles that had been steadily fixed into the ground the day before. 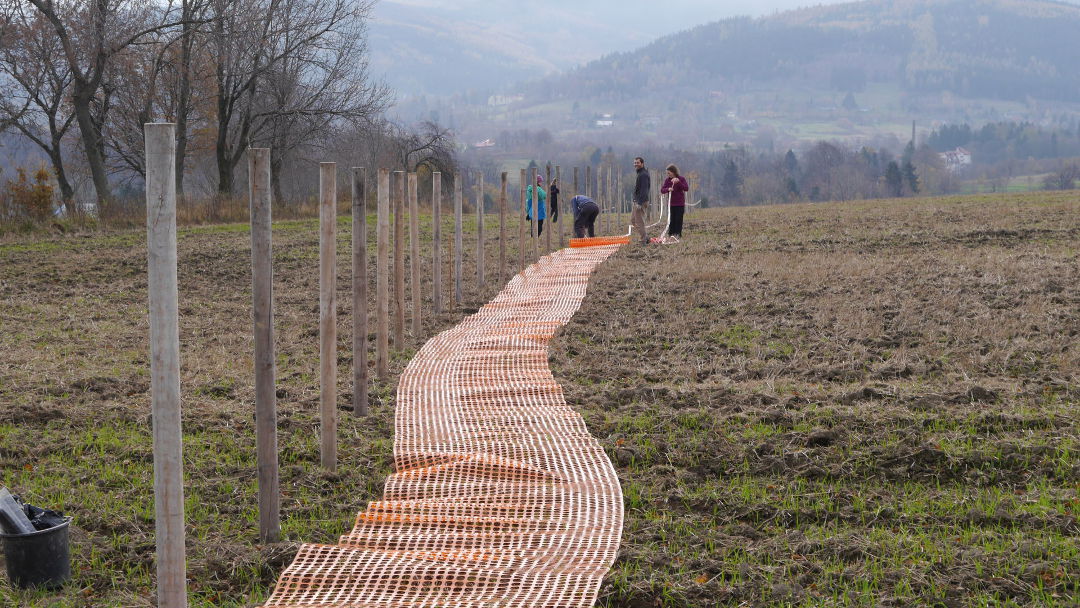 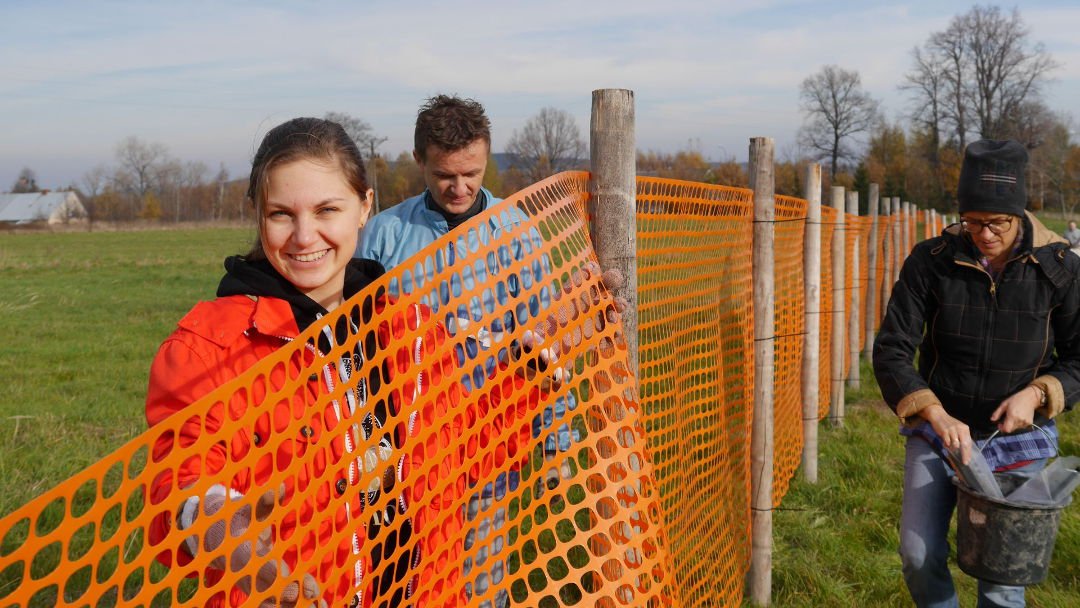 This year the snow fence was partly renewed with an orange net, which creates a nice contrast to the beautiful autumn landscape surrounding us. 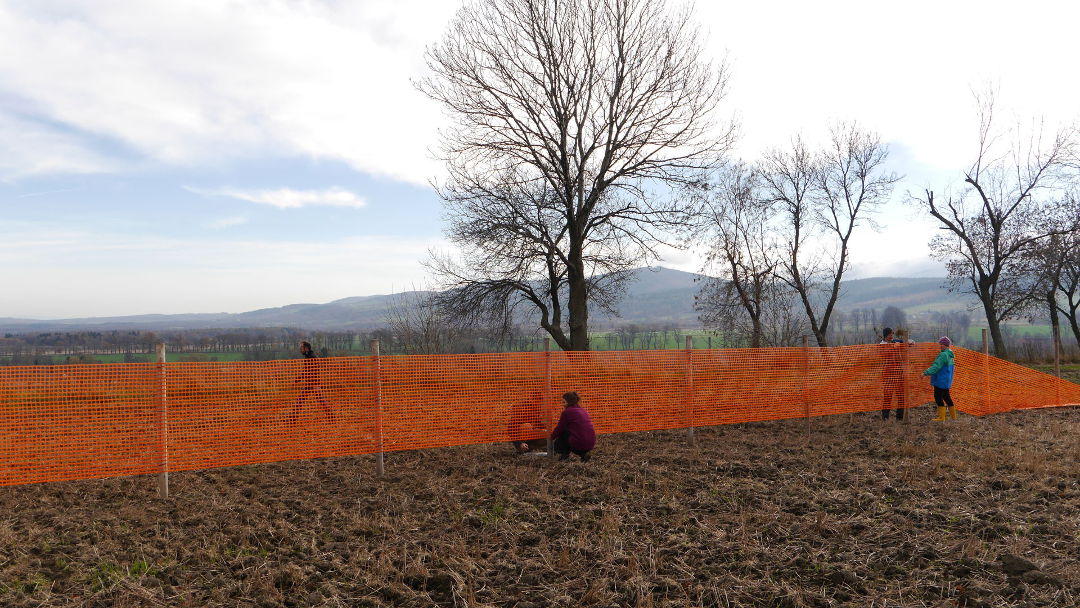 So far the beginning of the colder season has been unusually warm, and if the real winter arrives, we will be prepared!
Make a Donation