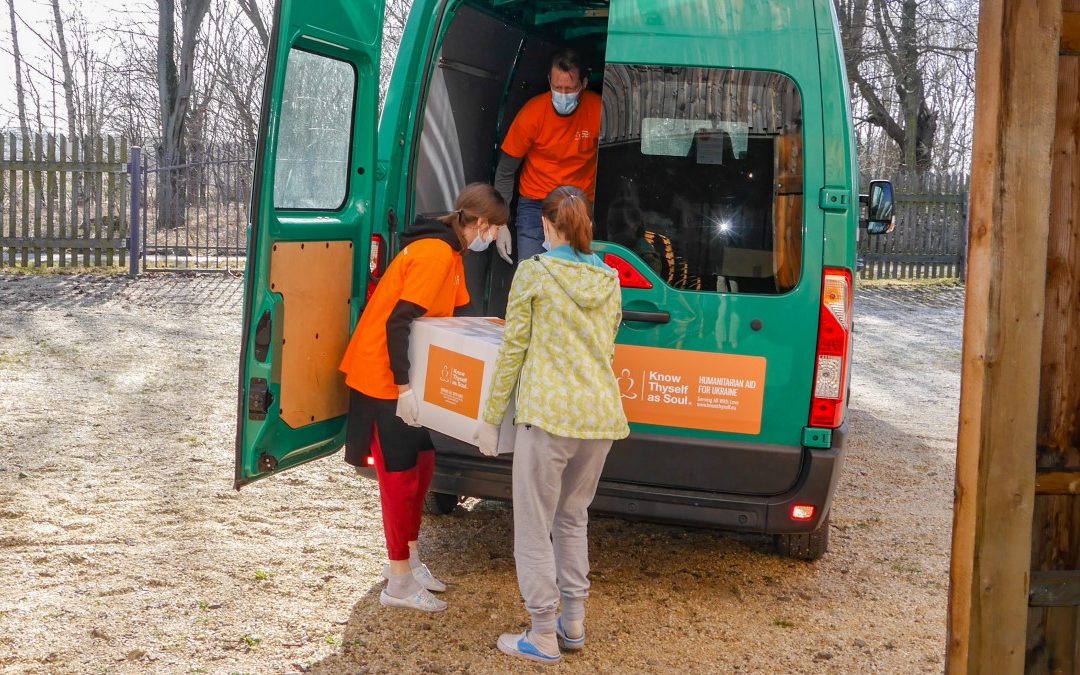 In our previous post, Stepping forward to help refugees and wounded, we described how our volunteers across Europe mobilized to donate, collect, pack, and transport items to Lighthouse Center Poland. There was much anticipation on the day two deliveries from Germany arrived at the Lighthouse Center. After unloading the vans, a big part of the storage room was already filled with many boxes of food, medical supplies, and other basic necessities. This enabled us to promptly respond to specific requests.

After some refugees settled in at Lighthouse Center Poland, we brought them to the Lesna town hall for registration. We were introduced to the vice-mayor and asked if they needed support for the refugees in Lesna. The vice-mayor welcomed the offer of support.

The next day we invited the vice-mayor to visit the Lighthouse Center to see the humanitarian aid supplies collected so far and discuss collaboration opportunities. Two hours later he arrived at the Lighthouse Center. After giving him a tour of the storage room with the humanitarian aid supplies, he asked us to deliver food and pantry items that same day to 45 of the 170 refugees staying in Lesna. This was the first of several collaborative actions with the vice-mayor; much more food would be delivered in future actions.

As we were getting ready to make the food delivery, we received word that two more deliveries were arriving from Austria. We informed the vice-mayor that we would wait a few more hours, so we would have more choice of food and could diversify the delivery.

When the Austrian collection arrived at Lighthouse Center Poland, our volunteers and our newly made friends from Ukraine unloaded the trucks and then loaded 110 boxes with food and pantry items into a van. We drove to a lake nearby where 45 refugees were housed in bungalows. 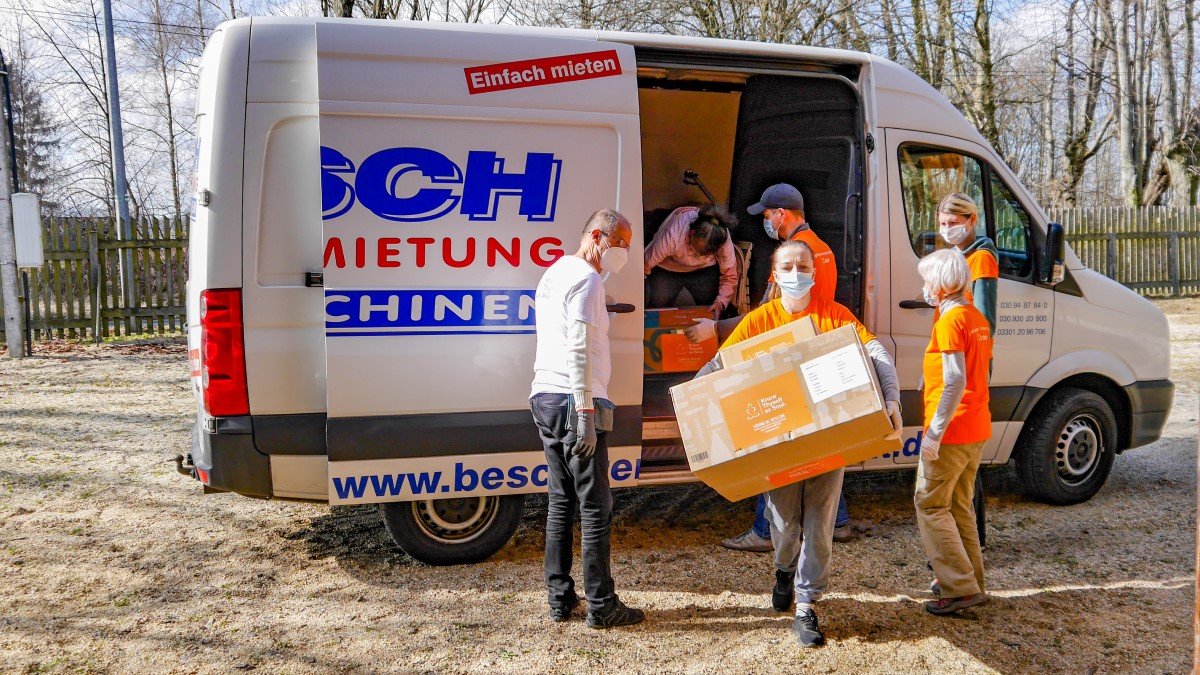 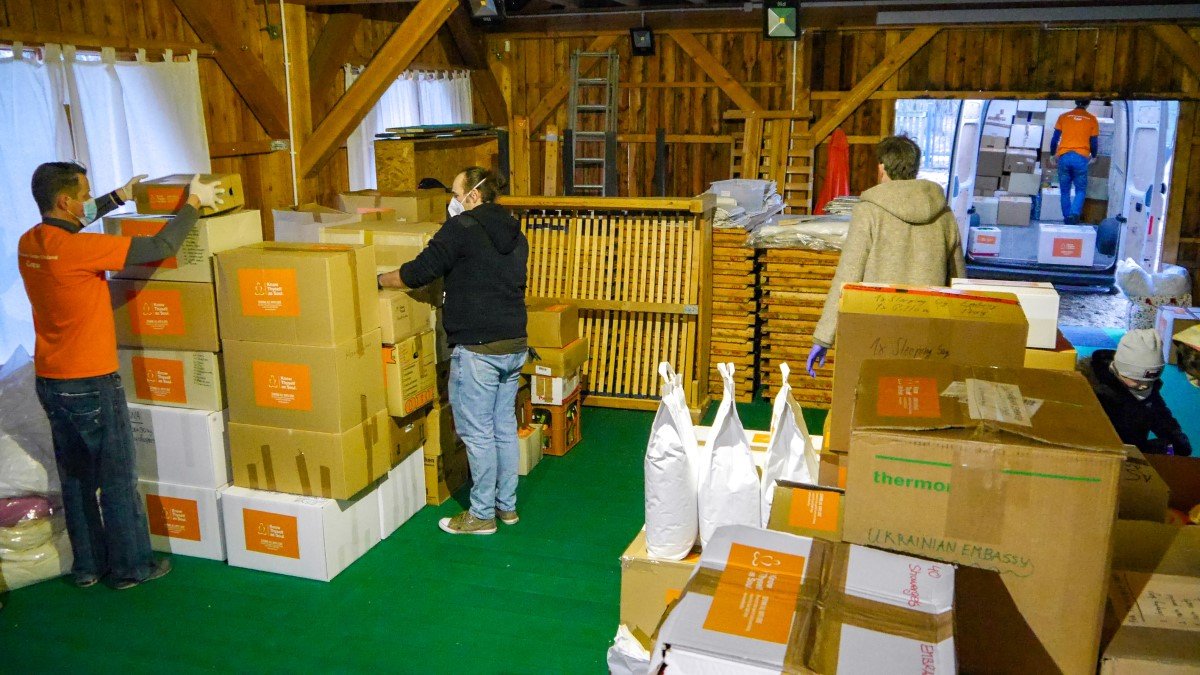 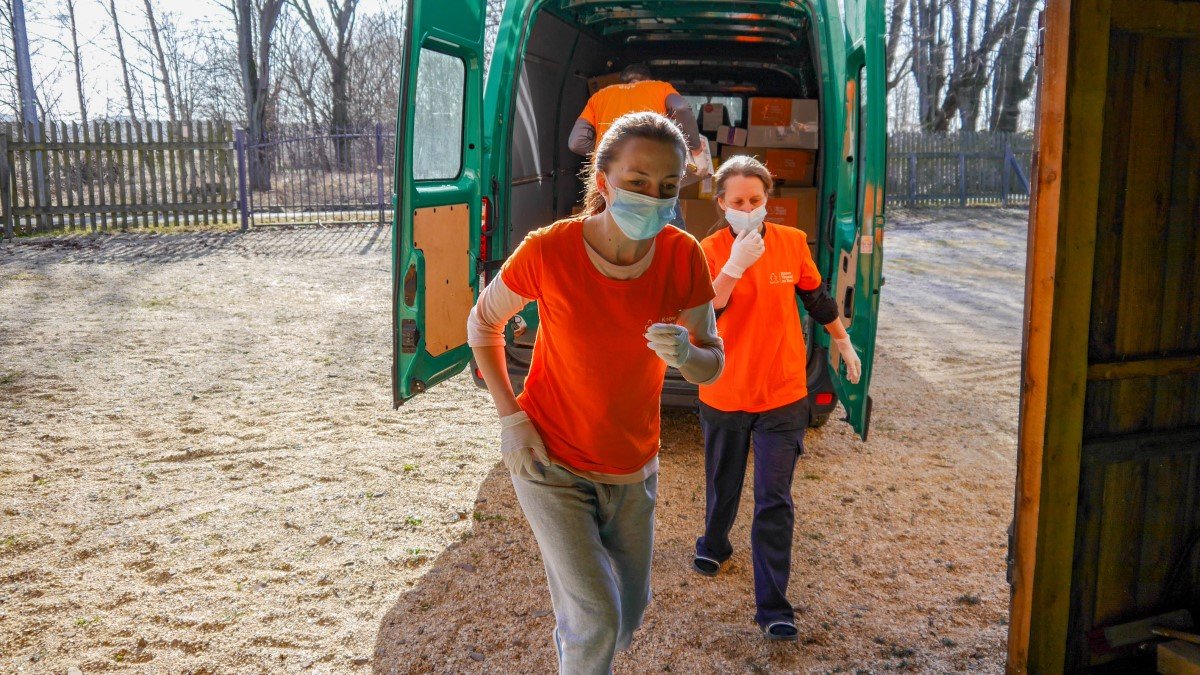 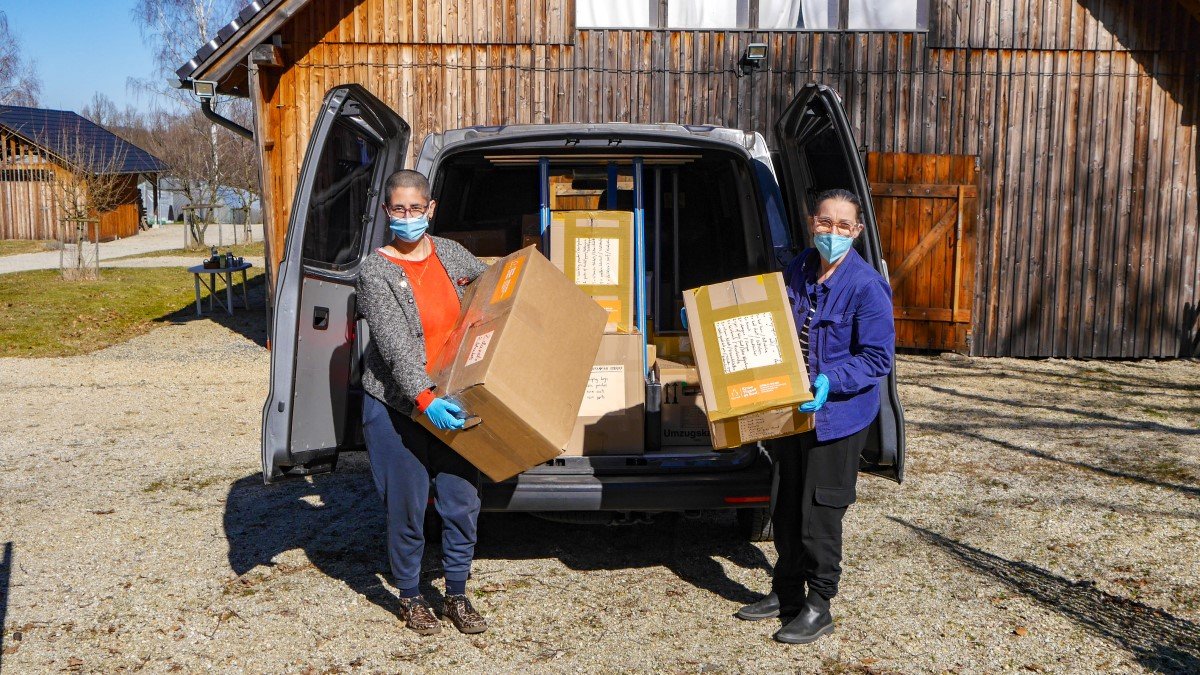 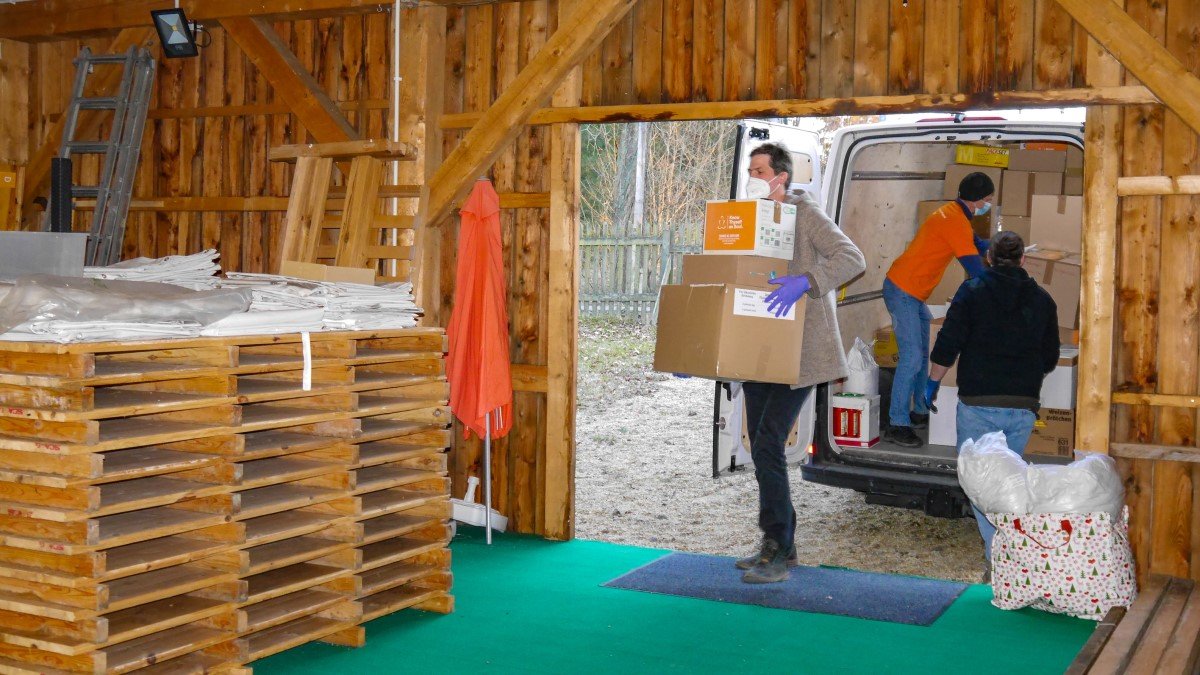 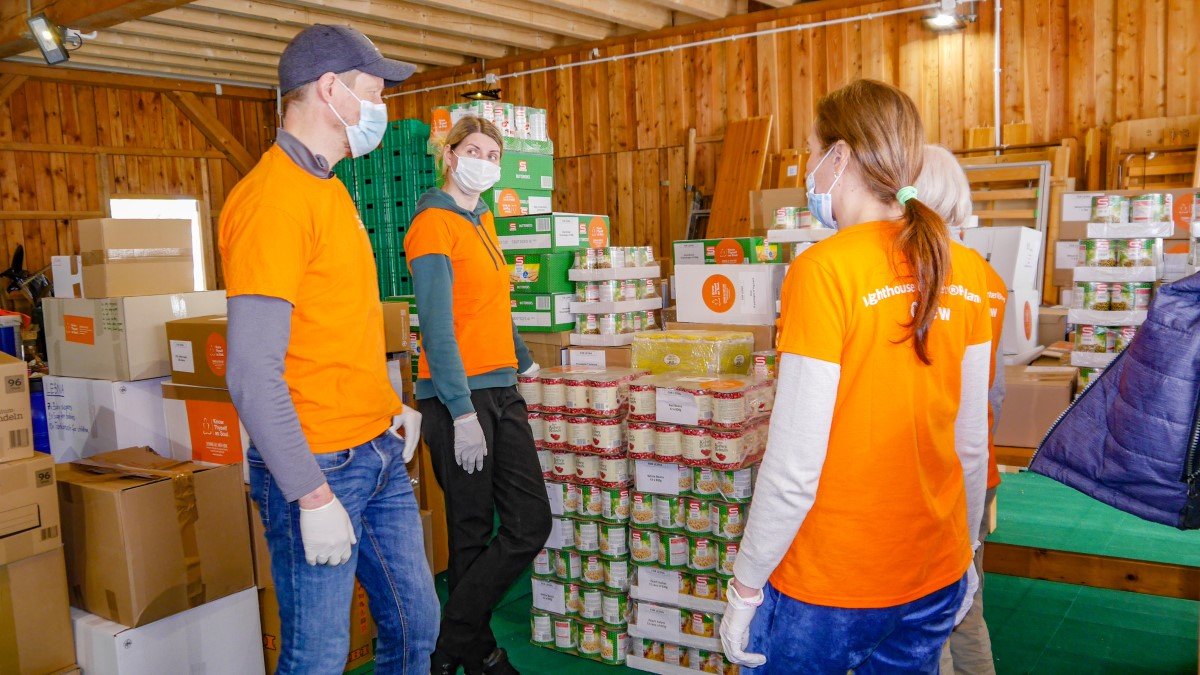 As soon as we arrived, the vice-mayor joined us in unloading the van. One of the refugees, an eldery man, started to help. He encouraged the others to join in. Soon we were all working together to empty the van. The refugees were very appreciative of the delivery. Our Ukrainian friends exchanged some words with them in their mother tongue.

The whole experience touched us deeply and profoundly. We felt an overwhelming sense of compassion for the victims of this humanitarian crisis who have endured so much suffering. We drove back to the Lighthouse Center in reflective silence, looking forward to the next delivery on the date agreed with the vice-mayor.