300 kg of Pumpkins for Neuropsychiatric Hospital 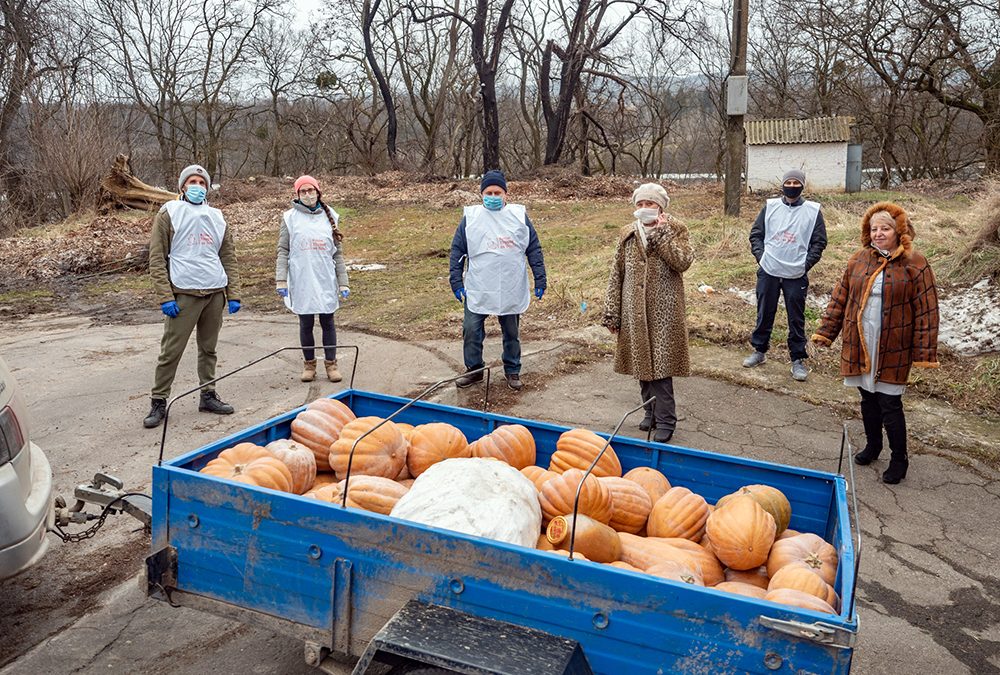 Finding a recipient needing 300 kg of pumpkin isn’t always an easy task. But when volunteers from the Troshcha village shared their dilemma, volunteers in Vinnitsa called the administration of a psychiatric hospital. Having collaborated with them in the past, the volunteers knew they could readily use such a sizable donation.
The news of the pumpkins made the staff very happy and acknowledged they would gladly accept such practical help.
At the appointed time, a car with a trailer delivered the pumpkins collected by volunteers from the village to Vinnitsa. We then gathered and accompanied 47 large orange pumpkins to the hospital, as well as a 50 kg bag of potatoes. The workers of the canteen at the hospital were already waiting for us. They received us warmly and affably, like old acquaintances. Volunteers helped unload the pumpkins and potatoes.
The staff warmly thanked our team for such support. And the volunteers were glad to have another opportunity to help the patients of the hospital.
← Previous Next →