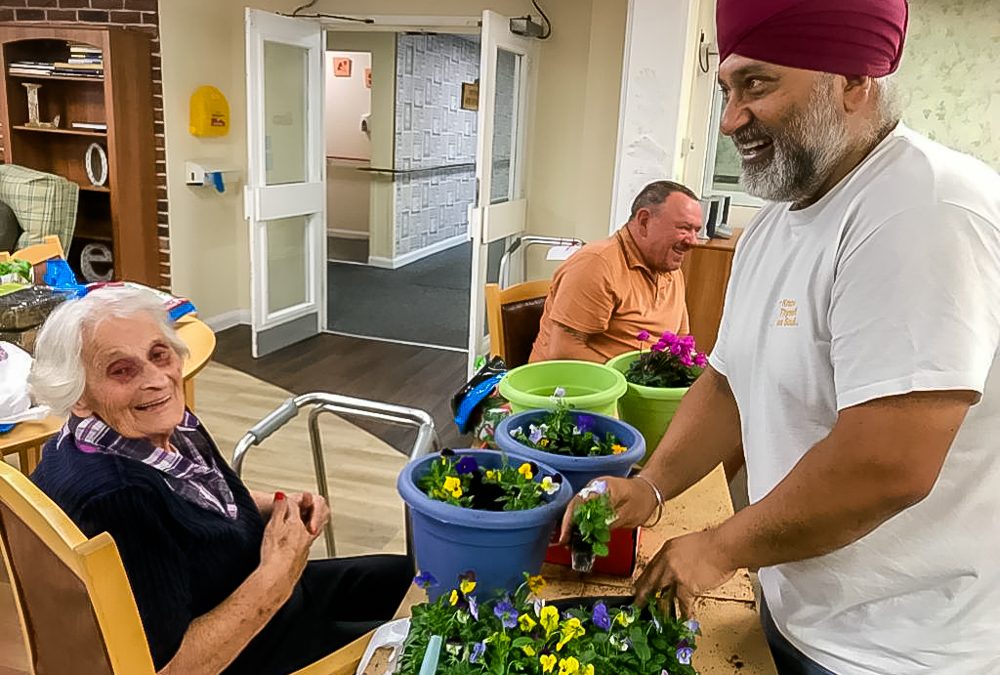 The aim was to enhance the well being of the elderly through a gardening event. Although we had planned in advance how we would divide into groups and work together to pot plants, it became clear that many of the residents suffered from dementia or partial to severe vision loss. Thus, we quickly changed plans and began spending time engaging each individual. What unfolded next was unexpected. The residents began sharing their life experiences, talking about what life used to be like, memories of childhood, and what they used to do. A resident even started to dance with one of us. As we have visited a few times before, some of the residents recognised us. They said it was nice to have someone they could talk with and share their memories.

In the end, a few residents did participate in the gardening event. After potting all the herbs and winter flowers, we placed them in the kitchen and garden for the residents to enjoy.