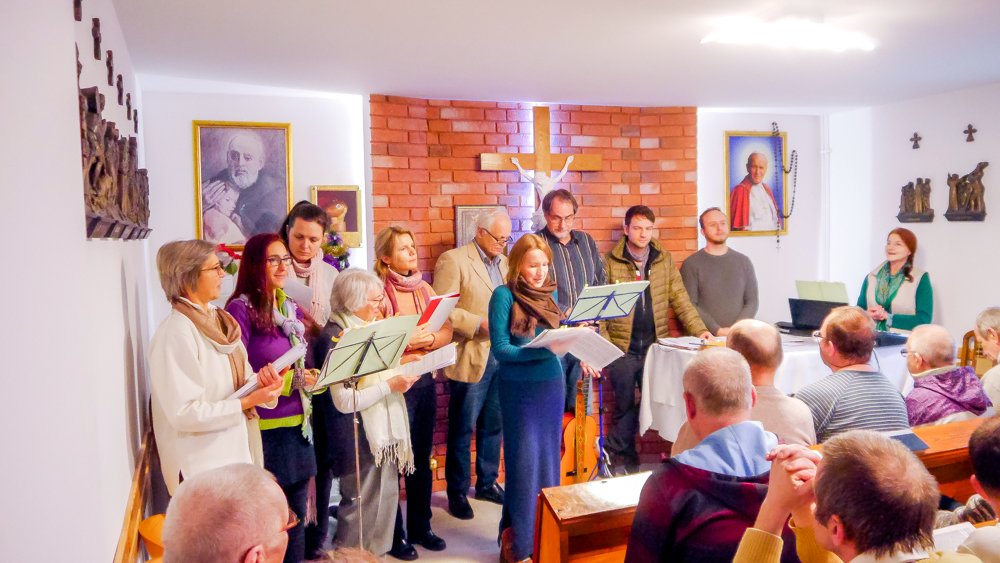 The newly renovated chapel of the Homeless Home in Leśna gave the proper setting for this year’s musical charity visit in the late morning on Christmas day. For several days prior, a musical program consisting of various international Christmas carols in different languages as well as many traditional Polish Christmas songs was being prepared in many rehearsals. The audience joined us whenever they knew the song. At the end, they sang their favorite song to us which is about being homeless. The deeper meaning of the song was felt by all and many eyes grew wet by the touching performance.