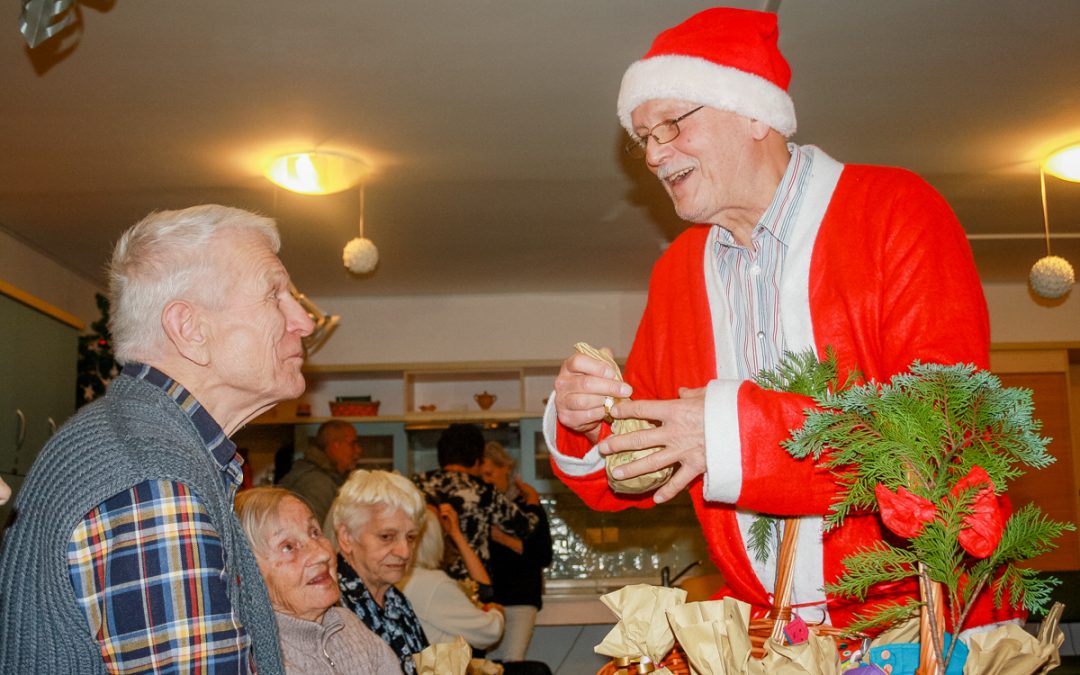 In December, volunteers arranged a surprise for the people at the elderly homes in Nova Gorica and Ljubljana. The preparation actually began during our Slovenian autumn retreat to create 47 ”birds” and 40 therapeutic ‘’worms’’  made out of a special garment. 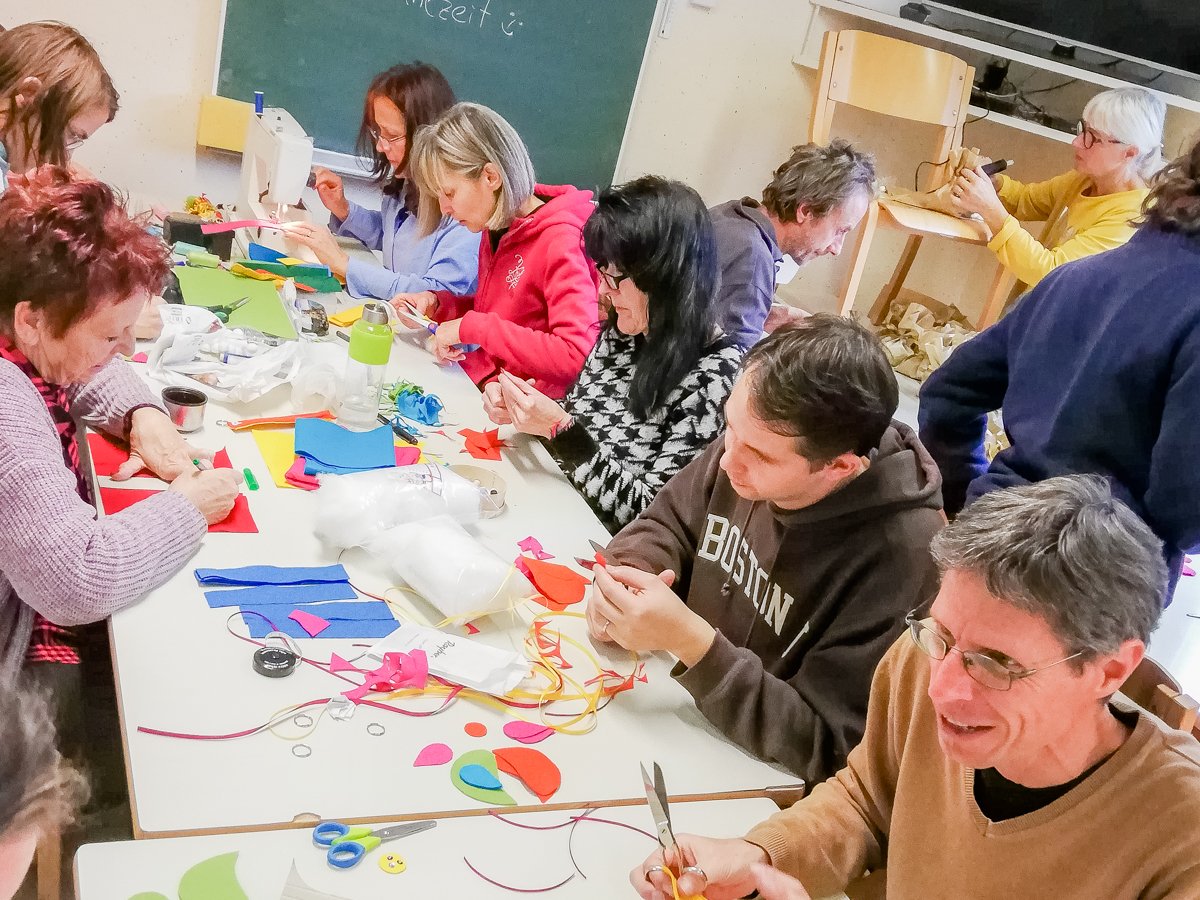 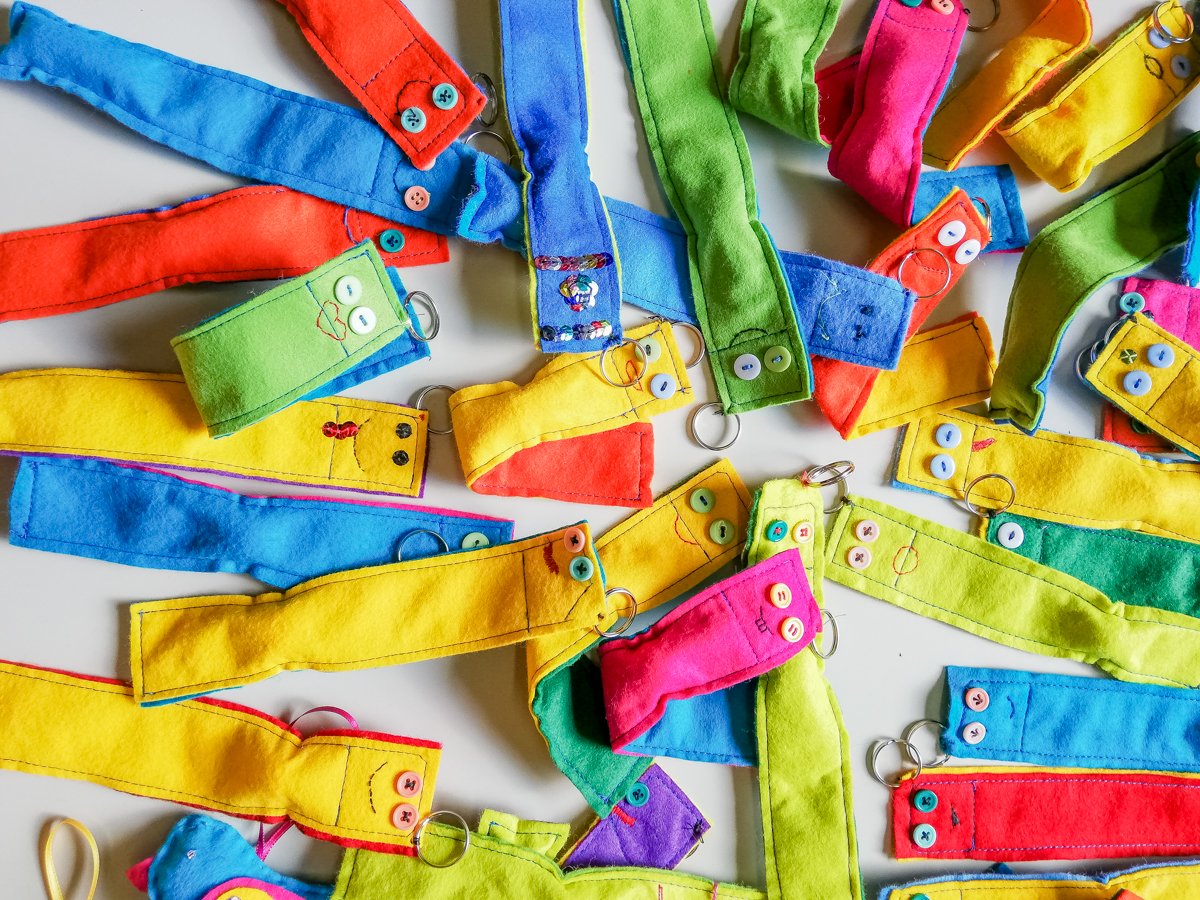 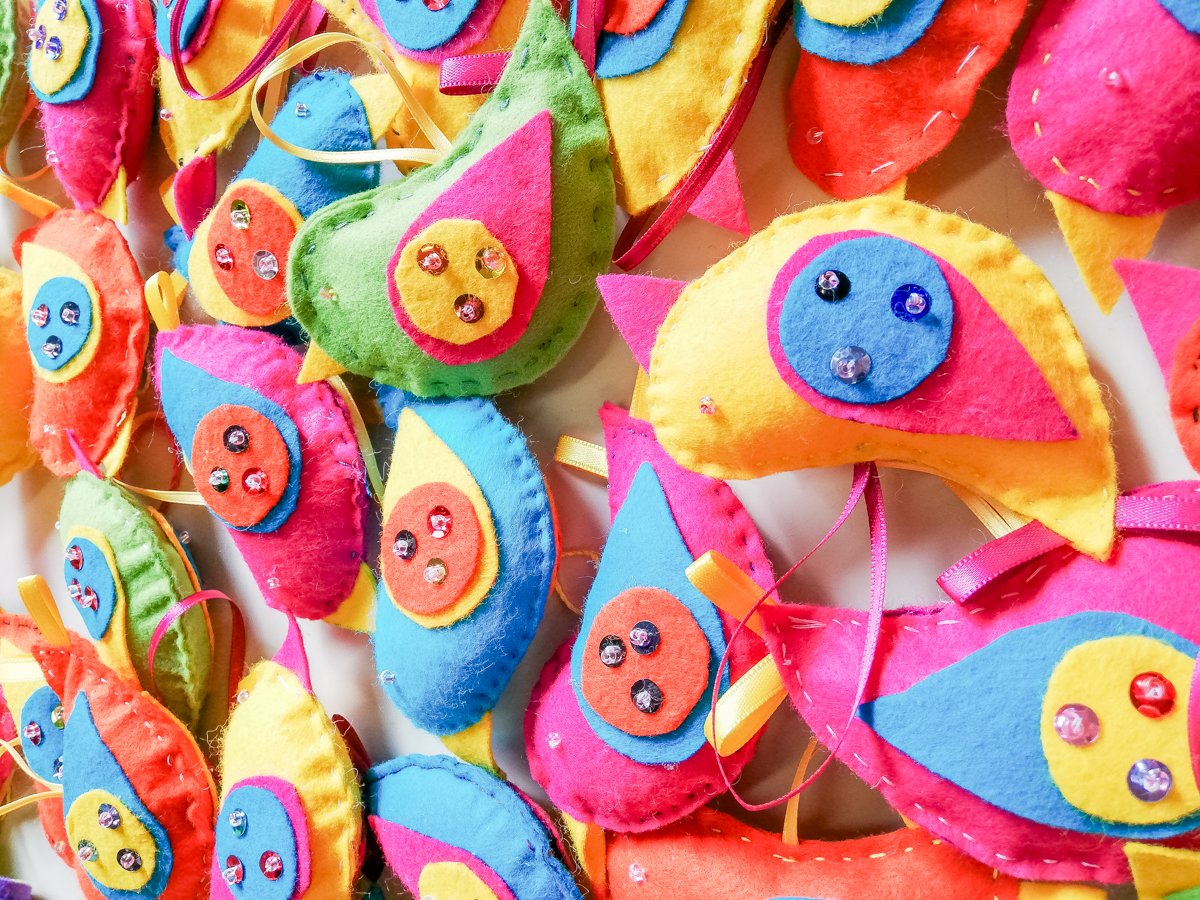 These stuffed animals are used to exercise and strengthen the fingers. Keeping them flexible is particularly helpful for older people, enhancing concentration, and therapeutically calming. The ”birds” and ”worms” are also nice to touch and look at, which can further create a sense of wellbeing for an elderly person. Additionally, 37 gift packets were prepared with dried fruit – apples, kakis, prunes and figs. 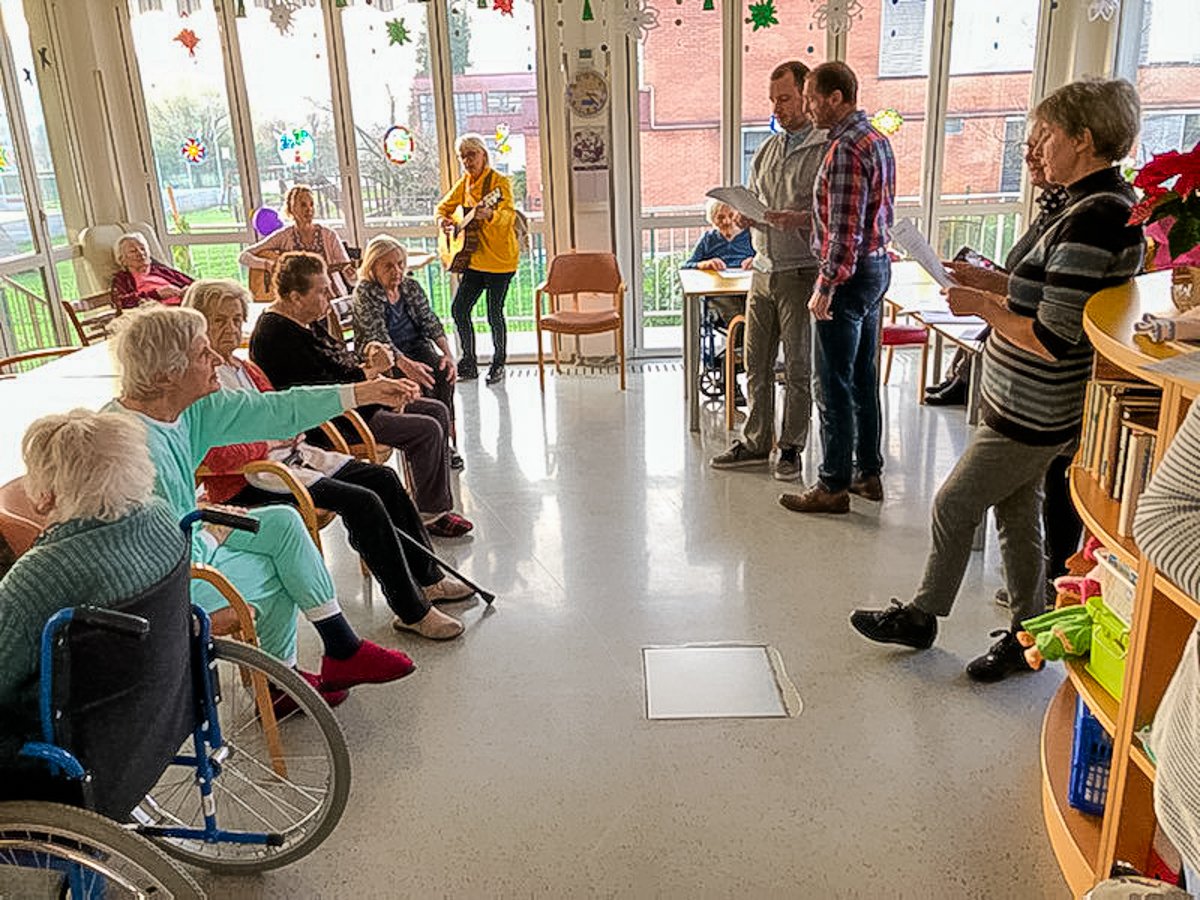 On the December 8, 2019, volunteers gathered at the elderly home in Nova Gorica. We brought two guitars and started visiting the residents on different floors, in their rooms, while playing and singing for them. The residents joined in the singing. We sang for an hour and a half and concluded by singing two songs in the main hall, where we also left the ‘’birds’’ to be distributed.  All of us were deeply impacted by this experience. 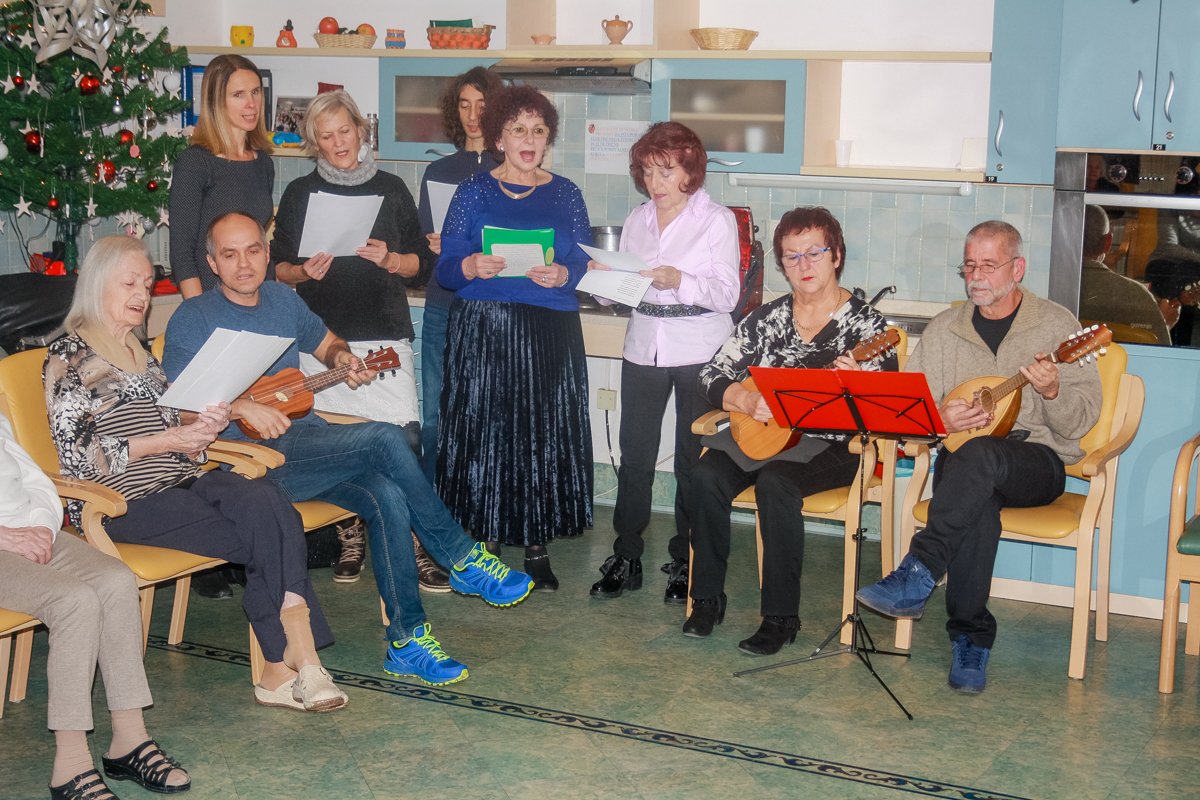 On the December 12, 2019, volunteers gathered at Dom Tabor elderly home, at the dementia floor.  First we played and sung songs for approximately 20 elderly and a couple of employees with the help of the Hawaiian instrument, the ukulele, for which we practised some time before. We were joined by three singers/musicians from a folk group, who complemented our program with a harmonica and two mandolins.

After some time, one volunteer invited an elderly woman (in the centre of the circle where we sat) and they danced to the tune of the musicians. Soon they were joined by other volunteers and other elderly people. In the end, almost everyone was on their feet dancing. After that, one of our volunteers who had dressed up as Santa Claus distributed a gift packet of dried fruit and one of the ”worms” to every elderly person. 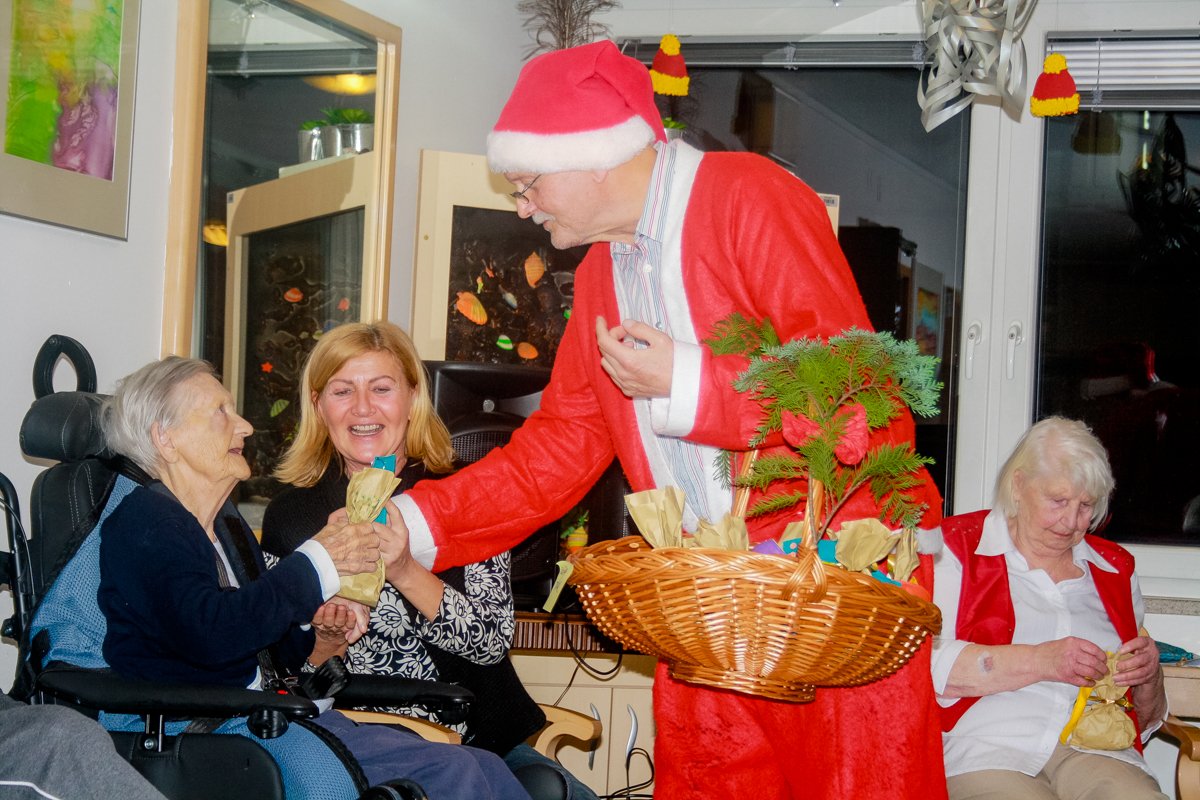 When the afternoon came to an end, we thanked the elderly residents and the employees for the nice, warm welcome they had given us and we were asked to return for a similar program, as it brings much needed moments of joy to the people living there.