Caring for the Elderly in Spain and Austria 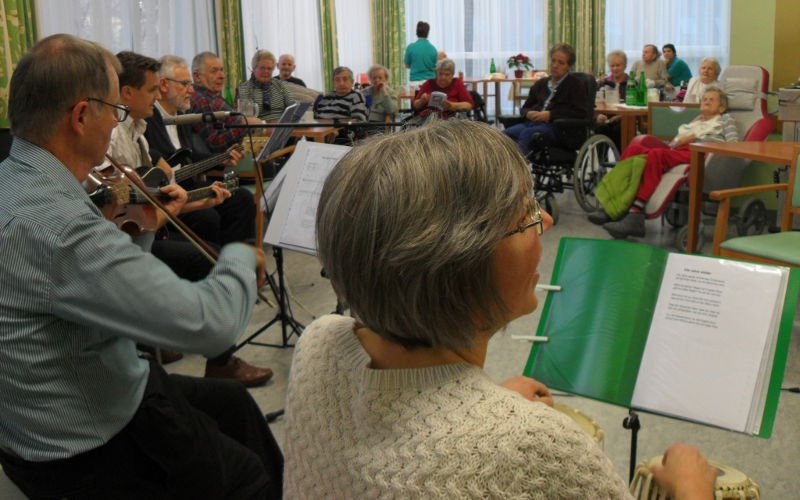 A Gift of Happiness for the Heart

During the last months, several groups within the HSI region have got involved in voluntary activities for the elder generation. According to the local needs and possibilities, the activities range from private support of individuals to group projects such as musical performances in retirement homes. Following are a few examples of activities that have taken place in different countries so far.

In August 2015, a group of Spanish volunteers noted that elderly people were among those most forgotten in society. They contacted a rest home close to Valencia to check the possibilities of lending a helping hand.

On the day before the visit, we prepared some delicious biscuits and pastries and practiced some traditional songs with guitars. With each song we got more and more in tune.

When we arrived at the rest home, we were warmly welcomed by the managers and led to the place where the elderly residents were curiously awaiting the novelty of the day.

After a light meal and chatting with the residents, our group of volunteers stepped onto a small stage. It did not take long until the residents were singing and clapping their hands enthusiastically. While singing songs of their youth, some even started dancing. The managers were so pleased to see the happiness in their bright faces that they asked us to return the next day.

The following day we paid a visit to the women with disabilities. One of them started singing traditional songs of her home in Valencia before we began our songs. The expression in the ladies’ faces changed immediately and the performance was followed by warm handshakes and hugs.

Then our group returned to the stage where we had performed the day before, this time with a larger audience. Ice cream and juice were offered to all. The songs started and the place warmed up. Some of the elderly were dancing, as if youth had returned to their feet.

The event ended with a very affectionate farewell and an invitation from the home’s management to come back during Christmas. 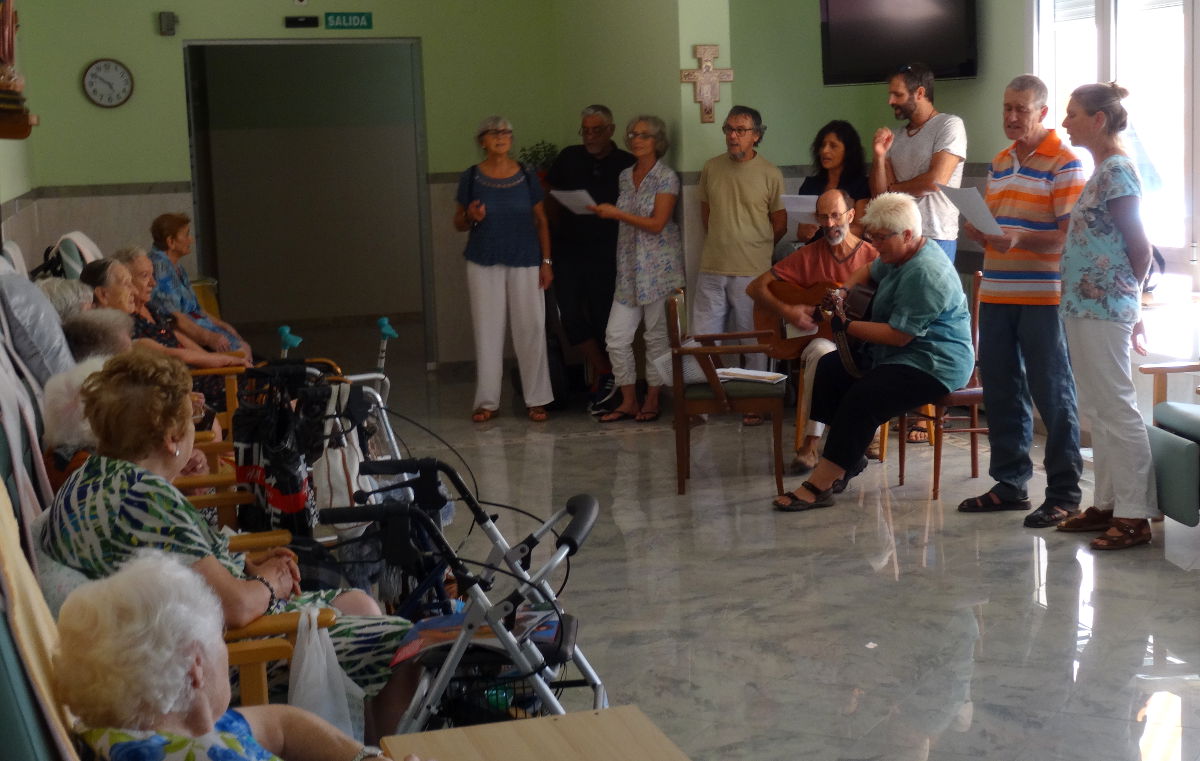 Sharing joy with others through music

Our group composed of people from Graz and Fürstenfeld have been playing and singing in homes for elderly people over the past two years.

Our unplanned group project started out in December 2013, with the simple idea of singing traditional Christmas carols to a lonely 90 year-old woman who rarely left her home. At that time our group of six had already been meeting and playing together for 18 months, although we had not touched our guitar, violin, keyboard, bass, tablas and percussion for many years. So it was a new experience for us to sing and play for someone outside of our group.

The following year we planned to sing for the neighbor again, but by that time she had moved to a retirement home. After speaking to the event coordinator of the home, we arranged a date to sing to all of the 80 residents. The residents were given the lyrics so they were able to sing along.

The feedback was very positive. Not only did they ask us to come back soon, we also heard comments like “I could listen to your music all day long,” or “It made me feel alive,” and “This was the nicest Christmas I have ever had in my life.”

Due to the residents’ appreciation and apparent need to sing and hear music from their youth, a project to learn Austrian folk songs was launched. Some of the songs were even in the local dialect. After some months of rehearsals, the new experiment was realized and achieved the same wonderful results.

In the meantime, we accidentally came in contact with two other homes and asked if their residents would be interested in the program. It was a different experience in every home, which was also due to the different sizes of the audience (20, 80 or 160 people). However, all of the listeners seemed to be touched by the music and able to forget about their daily concerns for a while.

Last Christmas, we were asked again to perform at the different homes. Although in the meantime the elderly neighbor has passed away, she is still remembered in our hearts as having opened the door to a rewarding activity and sharing joy with others.