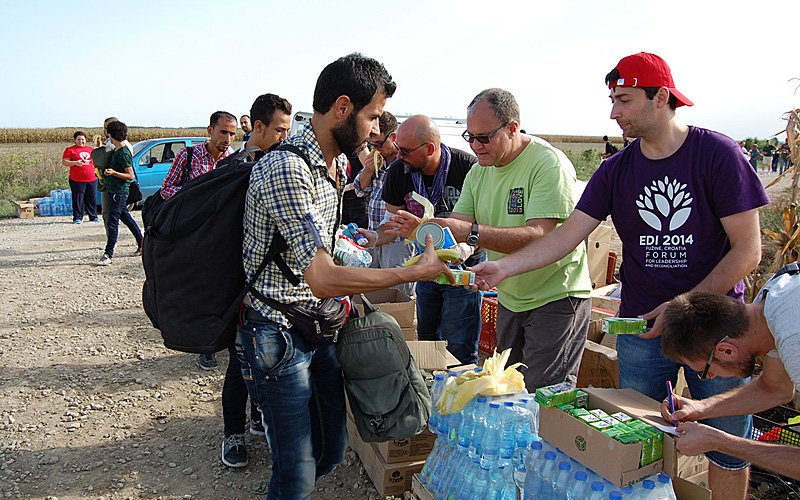 Within the last few months, a large number of refugees have fled from Syria to Europe. Local humanitarian organisations are currently faced with enormous challenges in terms of providing basic needs for the mass of people entering their countries. The HSI is cooperating with the local groups of volunteers to offer support according to the situation and needs in their area. The short reports below are an example of the relief actions that have taken place.

Support at the Serb-Croatian Boarder

We found out through a few humanitarian organisations that due to the temporary closure of the Hungarian borders, refugees are now arriving at the Serbo-Croatian border in order to enter Croatia. A group in Novi Sad, northern Serbia very close to the Croatian border, have managed to collect clothes, shoes and used donated funds to buy basic daily necessities such as food, including bananas and canned beans, and water. 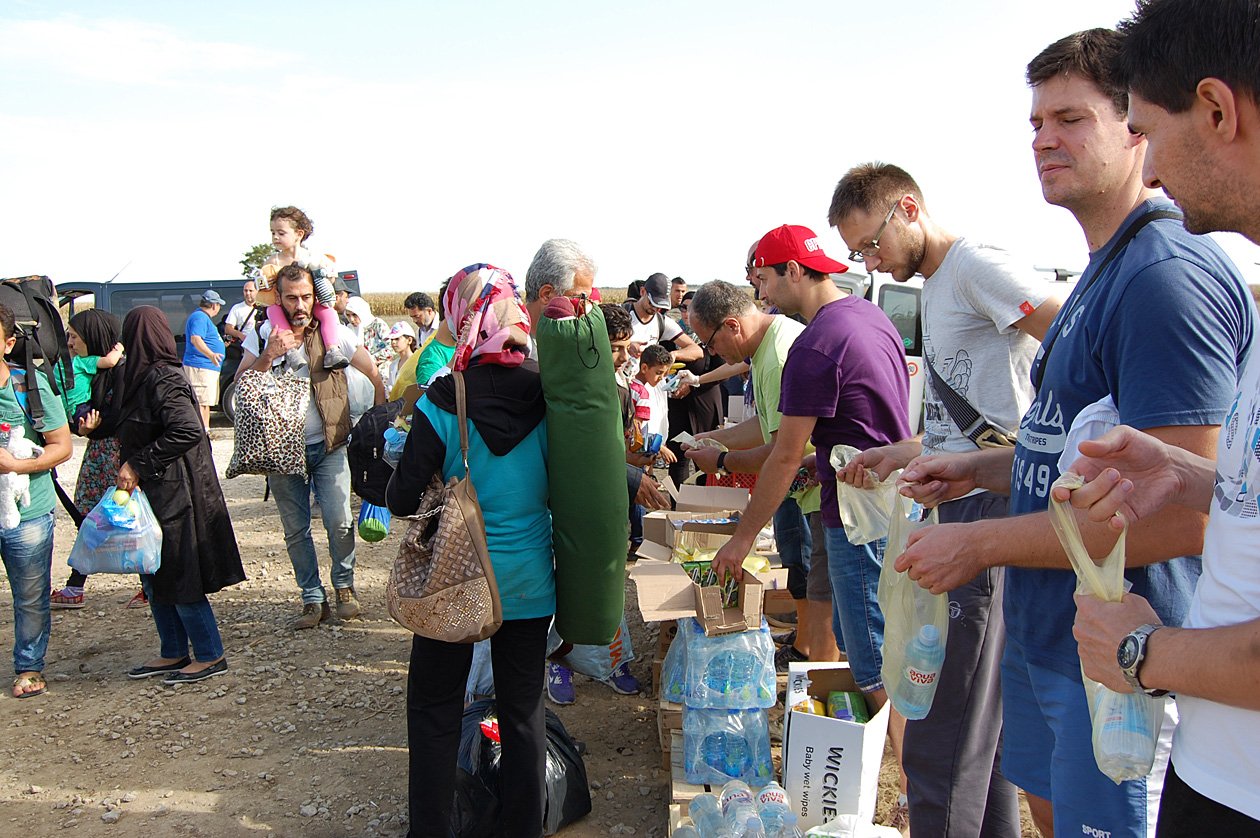 At the intersection between Sid (Serbia) and Tovarnik (Croatia), we met more volunteers who helped with sharing the water and food which were gratefully received by the refugees. The group stayed until late at night. 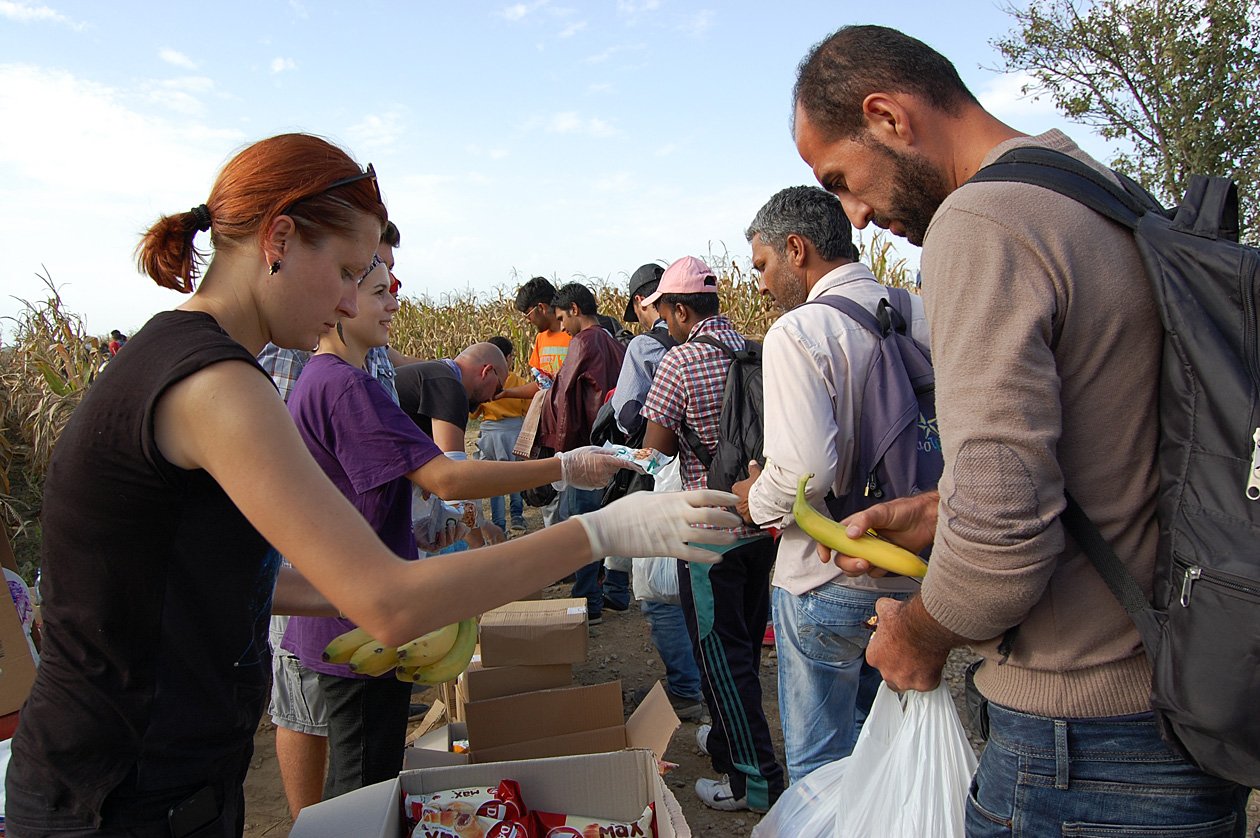 As residents of Munich it was unavoidable to witness the masses of refugees arriving at the central train station, desperate for help and refuge. The wish to support them arose naturally and immediately. 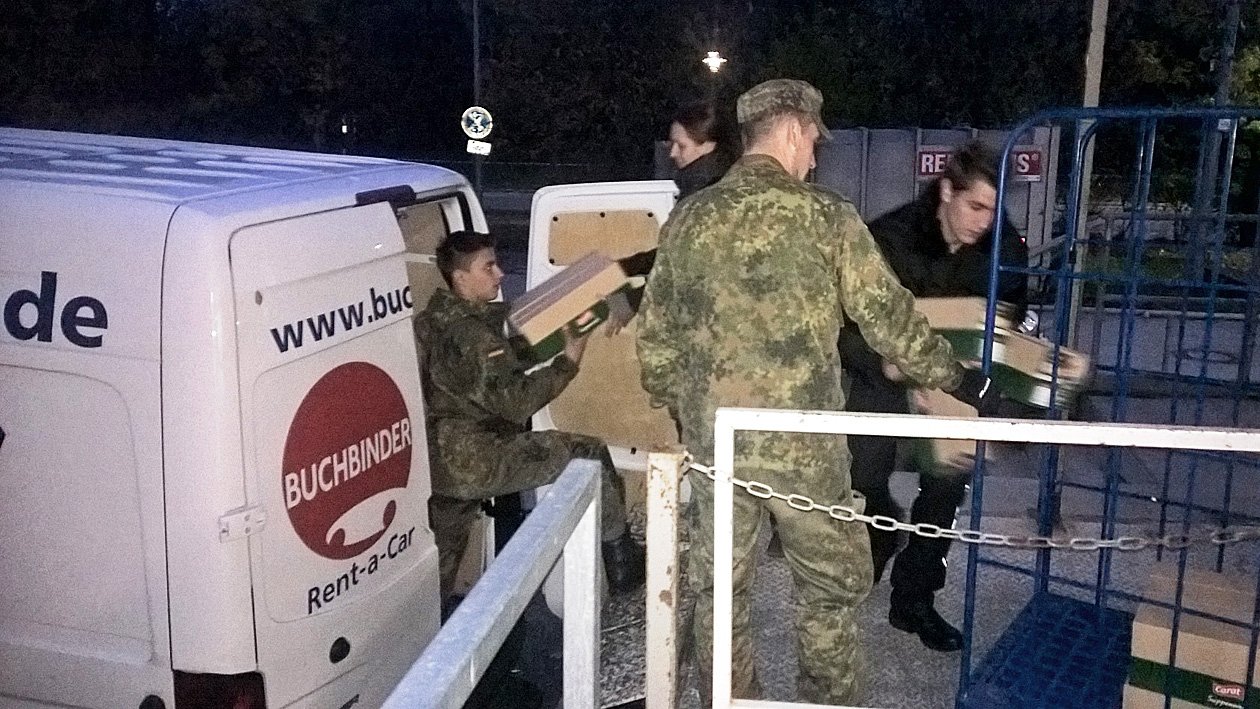 In Aschheim, a small town in the suburbs of Munich, an emergency centre was set up by the local community, where refugees could spend their first night and receive food, clothing and any medical help. From there they can then be transferred to other centres where they could stay and apply for asylum. Some of us had already helped at the emergency centre as volunteers before, so we contacted the local organisers to find out if they needed any items for the refugees. Grateful for the offer, they sent us an email containing a list of required foods including bananas and instant soup and clothing including socks and underwear. So on 16 October 2015, we rented a transporter and drove to a local supermarket to pick up all the items that we had ordered. 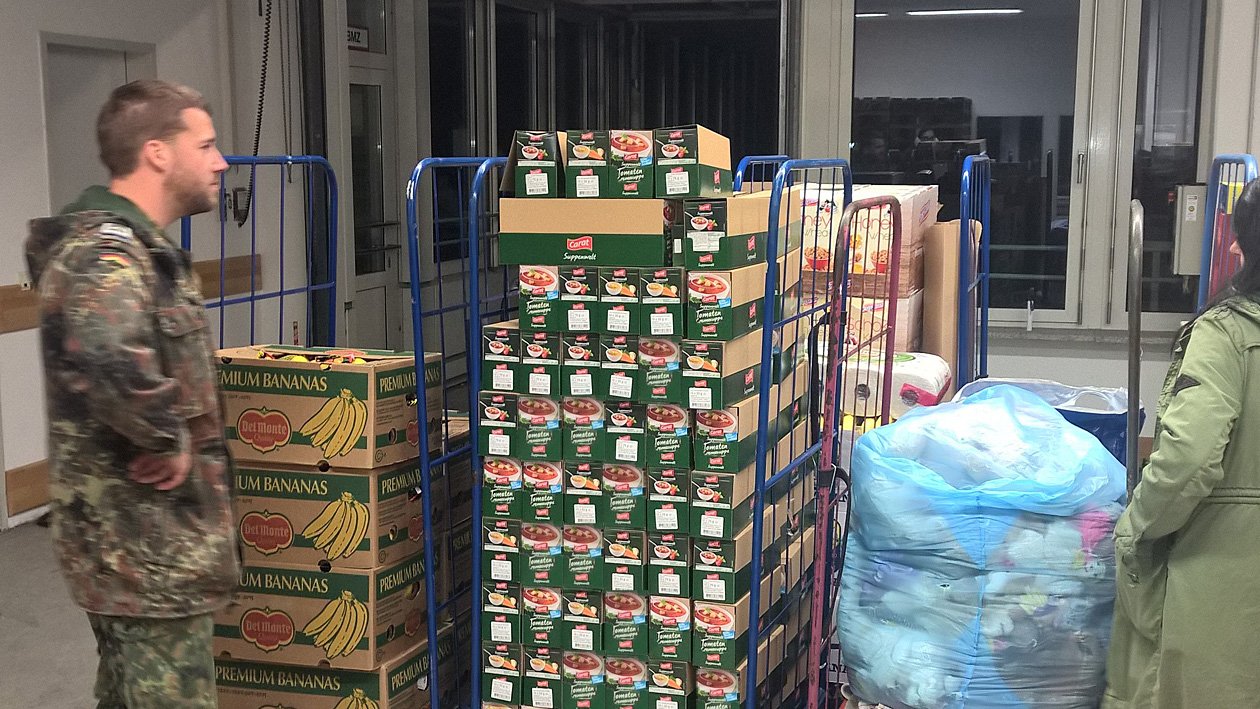 When we arrived at the emergency centre, the coordinator welcomed us and some army soldiers helped us to unload the goods. The coordinators were very grateful, given the fact that they were expecting the arrival of more refugees the next day.
← Previous Next →