Caring for the Elderly in Greece 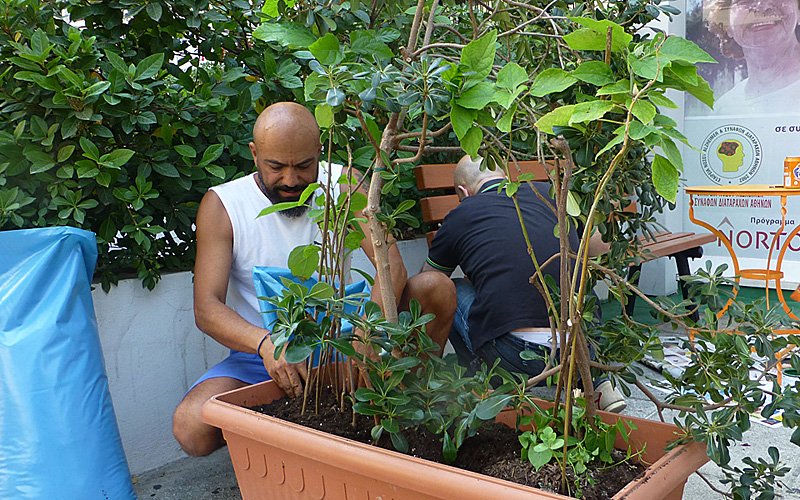 Over a period of four days in May, a group of volunteers in Athens met to discuss, plan and finally implement a project at a day care center for the elderly in a suburb of Athens named Heliopolis (city of the sun). A wide sidewalk separates the center from a busy street, across from a Greek orthodox church.

The city had installed three wooden benches and two rusty coffee tables in front of the building. Our idea was to paint the ground under the benches and the tables themselves, as well as to add some potted plants and flowers, which would create a more inviting atmosphere and protect the inhabitants from the busy street. Additional flowers under the two big sidewalk trees would make the whole place even more colourful and attractive. 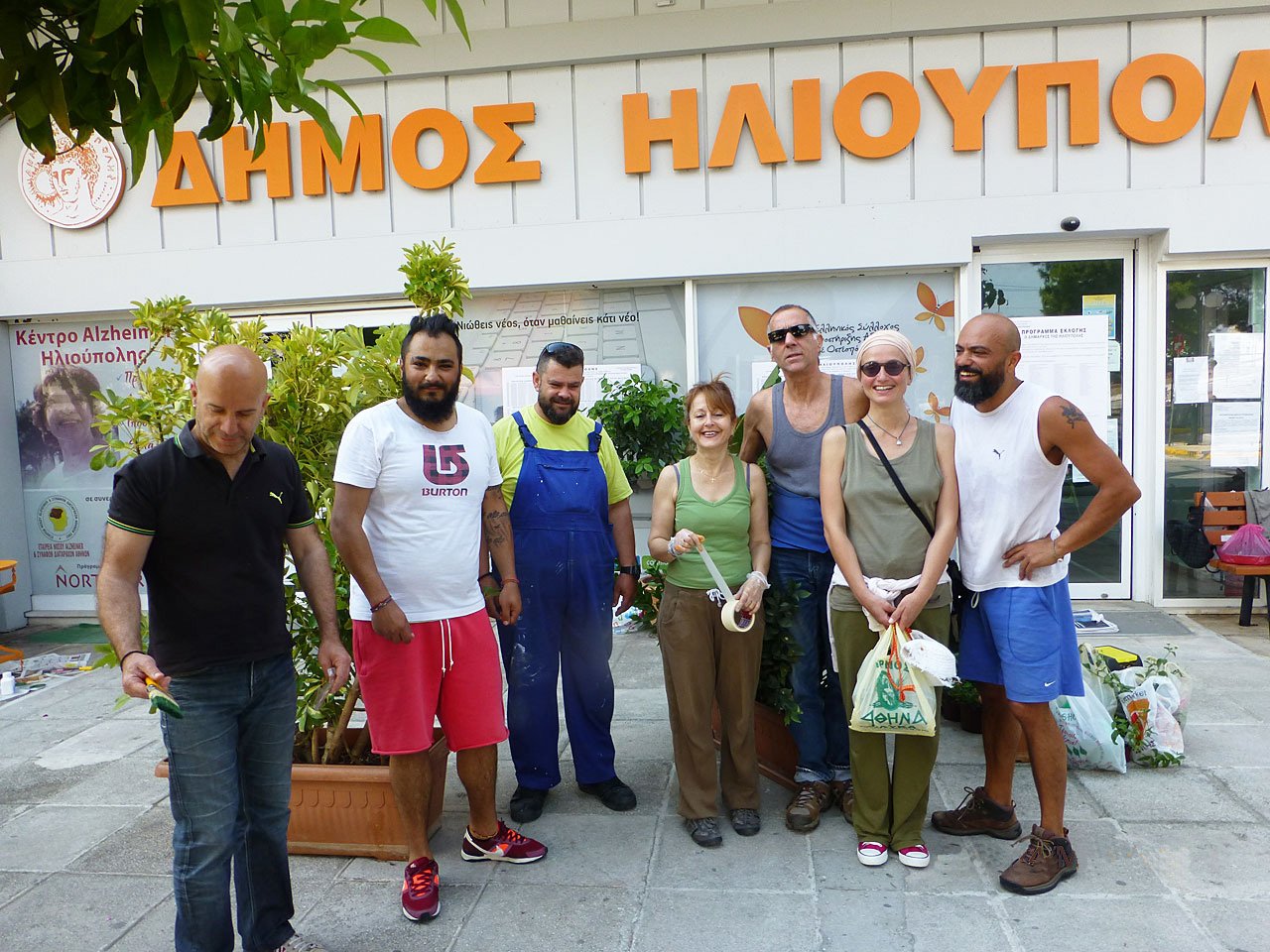 After getting permission from the municipality, nothing stood in the way of moving on with the final step of the project.

In the morning of 24 May, eight volunteers gathered on site, ready for action. 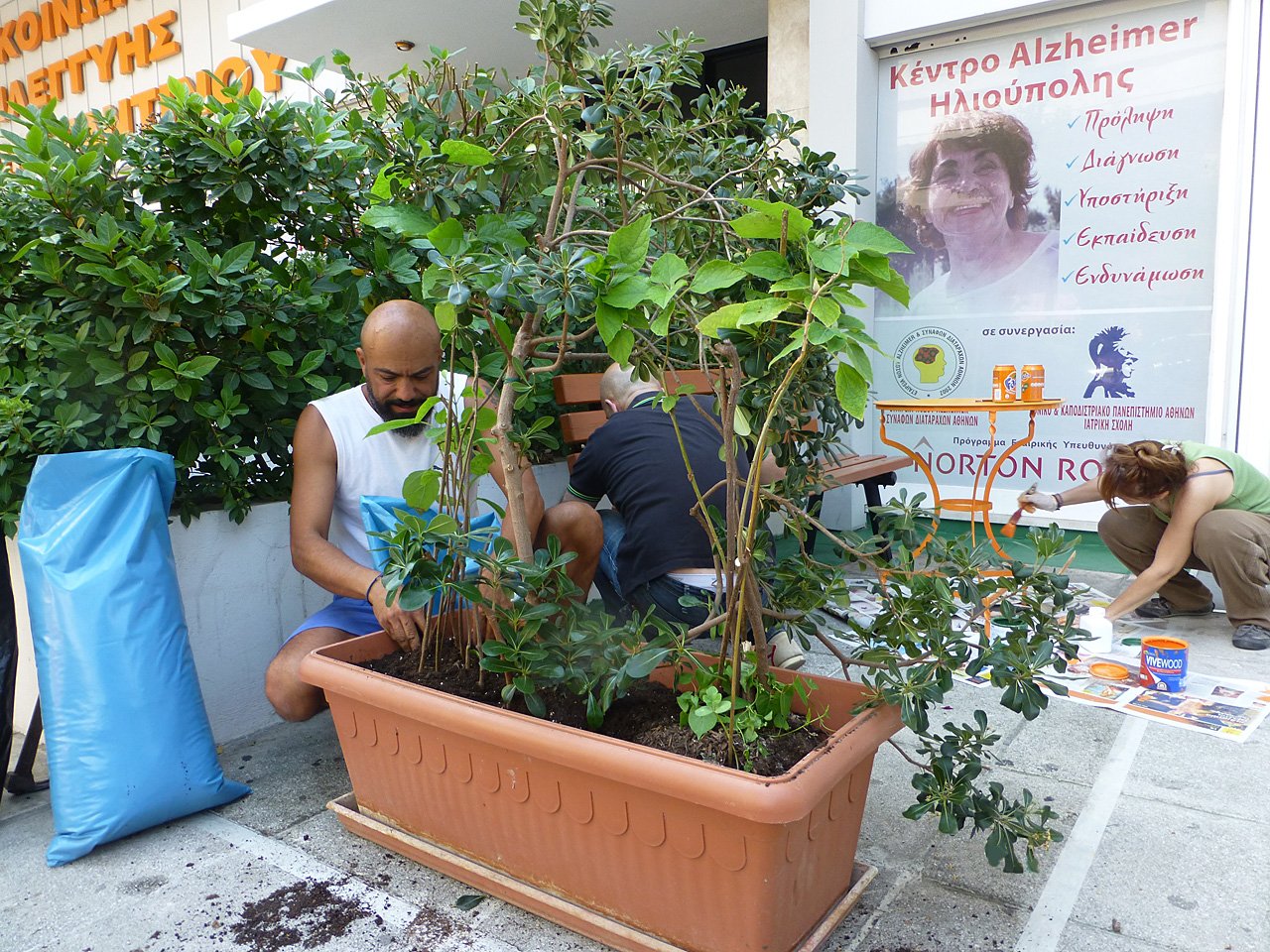 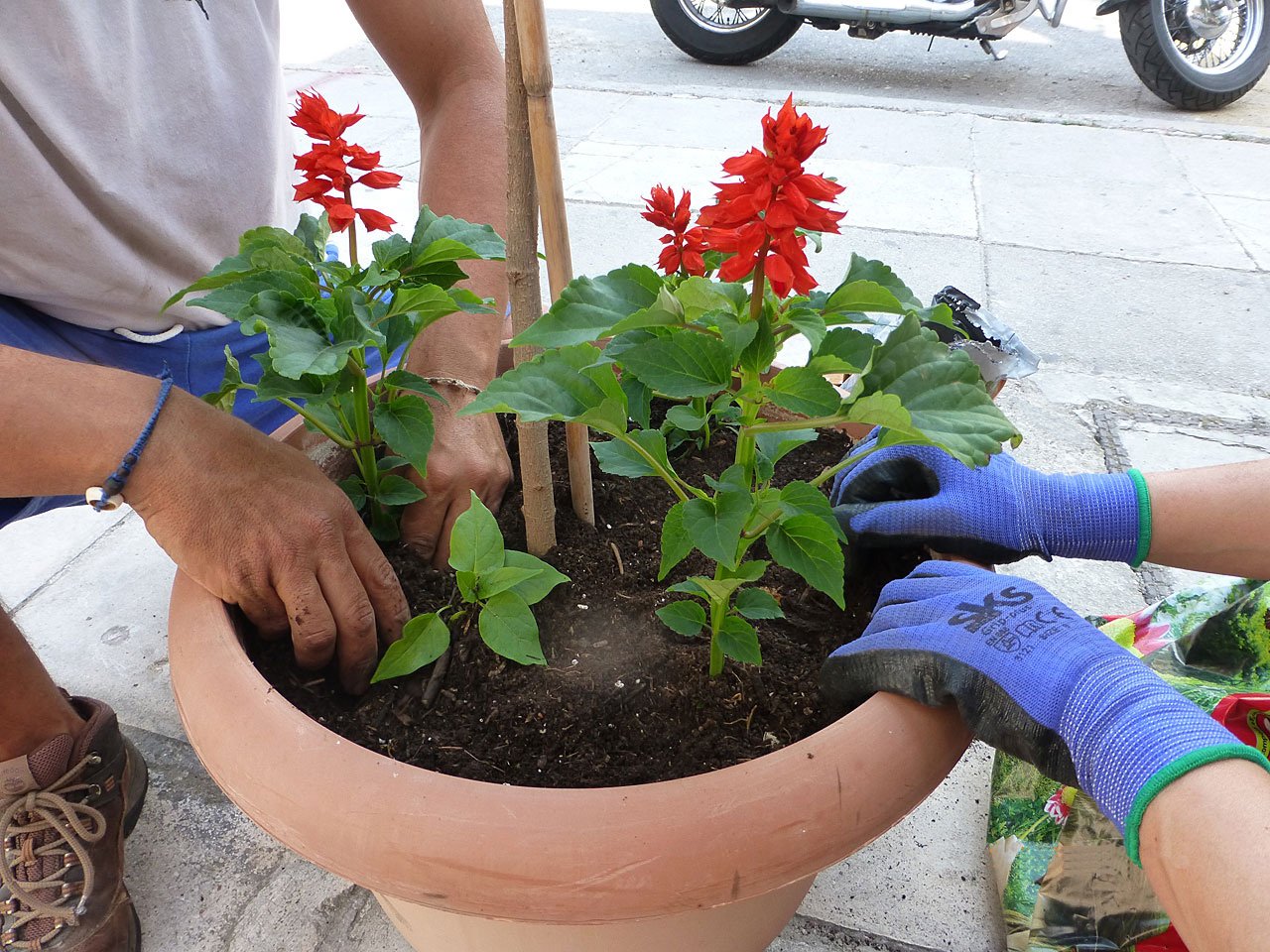 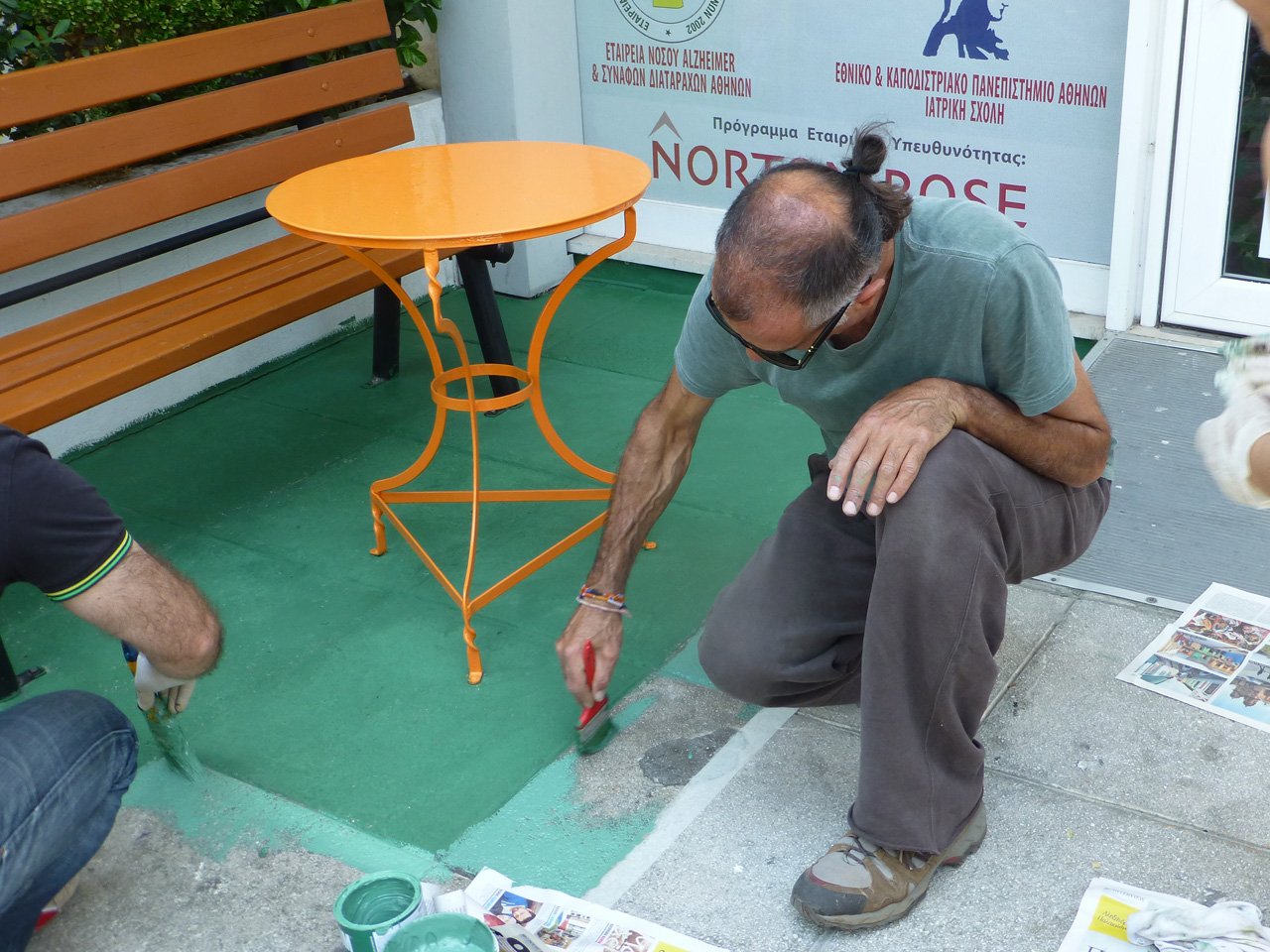 By early evening we had brought the plants, planted, painted and arranged everything, and two cosy corners were waiting for the elderly people to sit outside and enjoy. 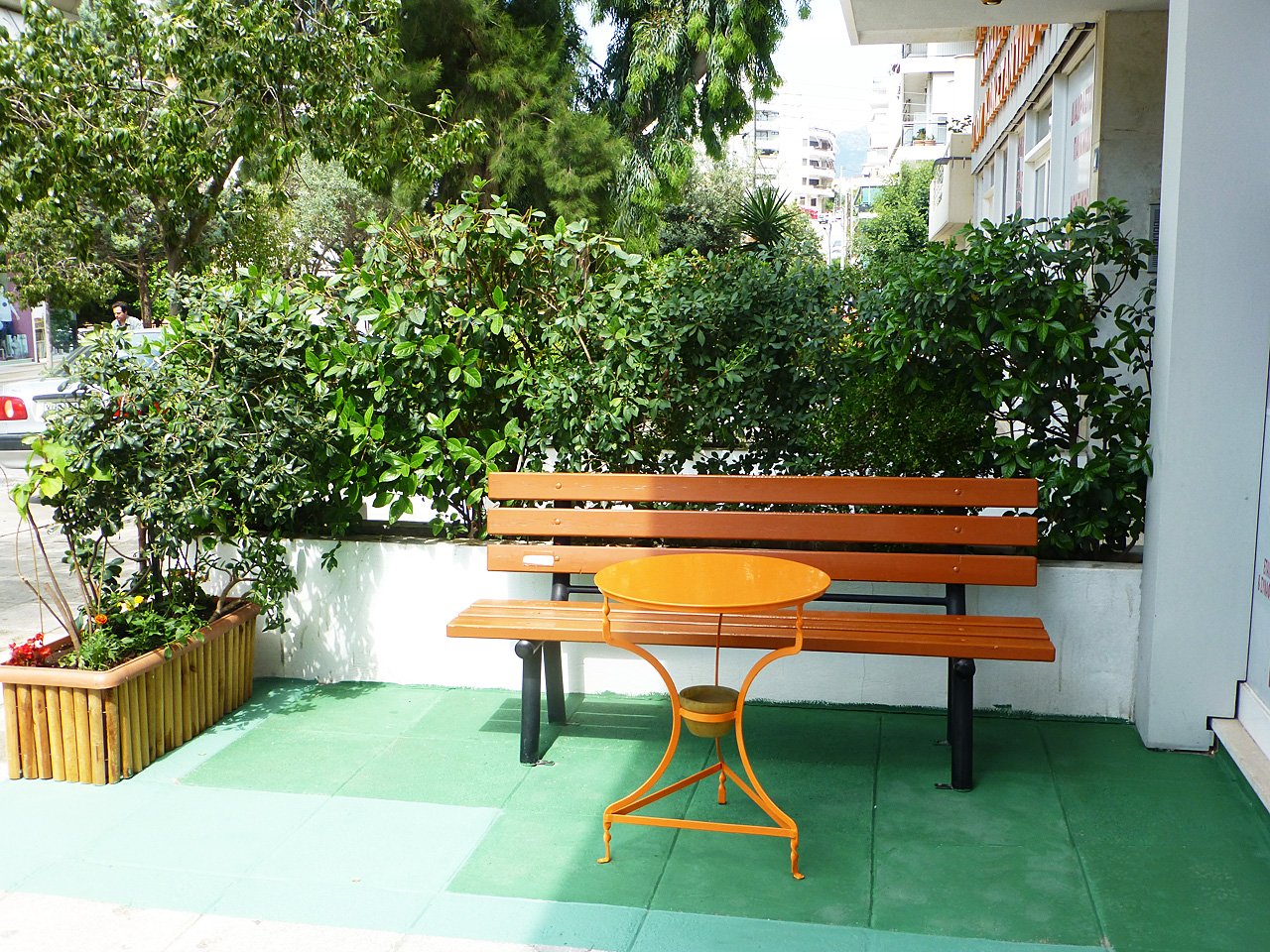