Caring and Sharing in South Africa 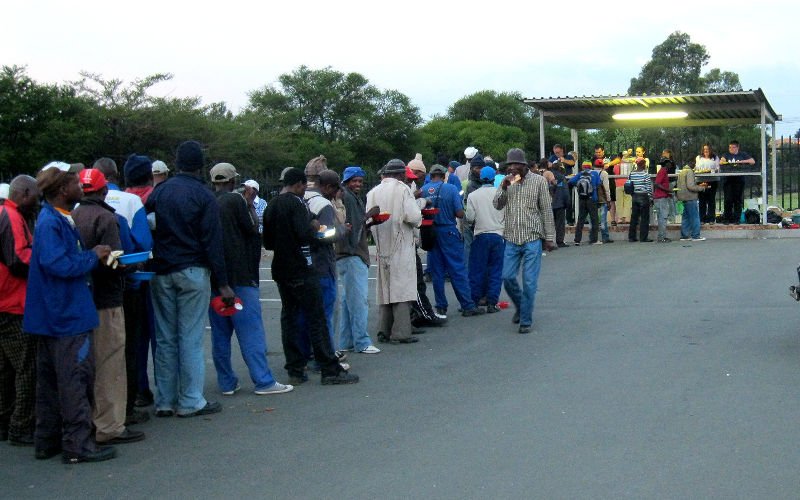 Food Distribution for the Homeless

With the change of the economic situation there has been an influx of illegal immigrants from neighboring countries such as Zimbabwe, Mozambique and Malawi. As there is no work in their own countries, the South African government has allowed them to stay without deportation.

The economy is unable to handle the employment for South Africans, let alone the estimated number of 7 million new immigrants. This has started a trend where people gather on street corners looking for “piece jobs”. They offer their services as gardeners, painters, builders etc. at a daily rate of around €6 per full day labour. On average they are able to get one or two jobs per week. Most of the money that they earn is sent back to their families in their home countries, which means that very few of them have a place to stay or enough food to eat.

Instead of starting a project from scratch, we decided to join a group that were supplying a meal per day to the homeless on four days a week. Once a month we went to the Woolworths chain store to collect their expired food. The food was then distributed to four ladies that took turns to cook on one evening per week. The first hundred of the queuing people were given some food. Then the plates were collected and cleaned for the next evening.
Unfortunately the expired food that we collected was nowhere near enough to feed the 100 people. We decided to buy some additional staple food and were able to supply roughly half a ton of ”dry goods” such as maize meal, rice, pasta, soya, beans, lentils and spices per month.

In December no feeding takes place and all the volunteers take a break, so we decided to give the homeless a Christmas hamper bag. 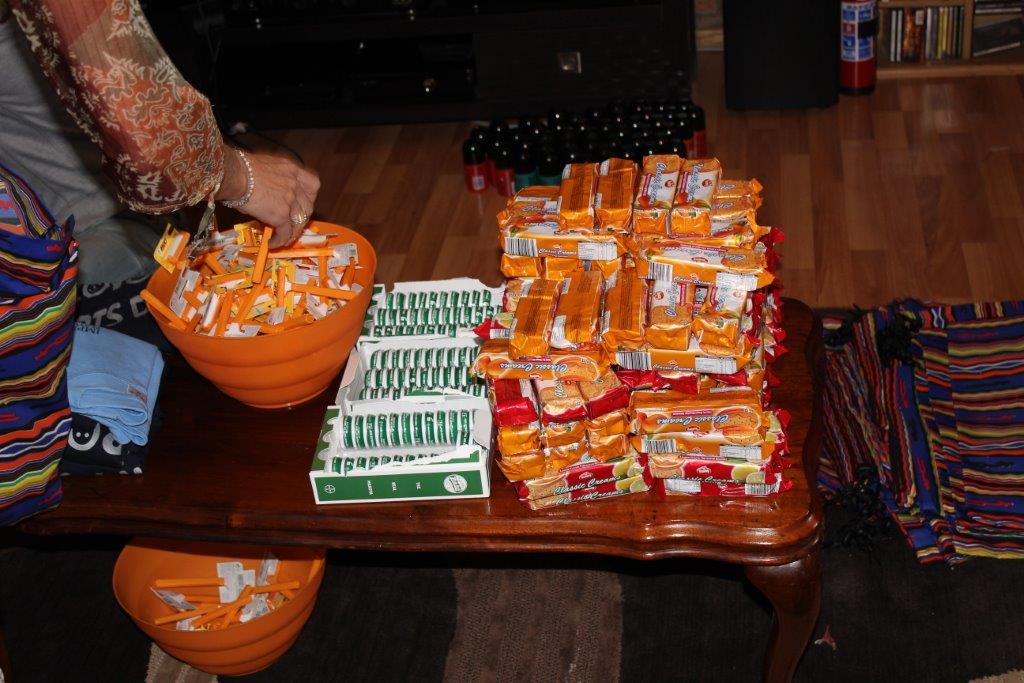 We contacted another charity that makes draw string bags and donates them to needy people. The charity consists of a single lady who buys all the material and on an open day volunteers can assist in making the bags. After getting enough bags, we filled them with essential goodies such as toothpaste, toothbrushes, razors, toilet paper, petroleum jelly, as well as some sweets and cookies. 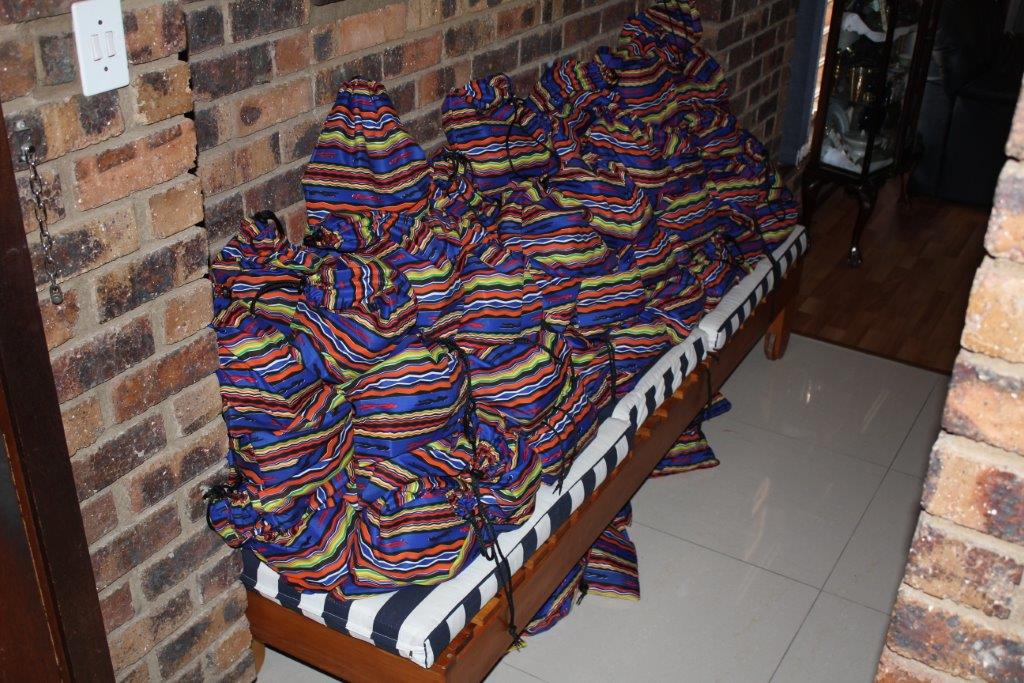 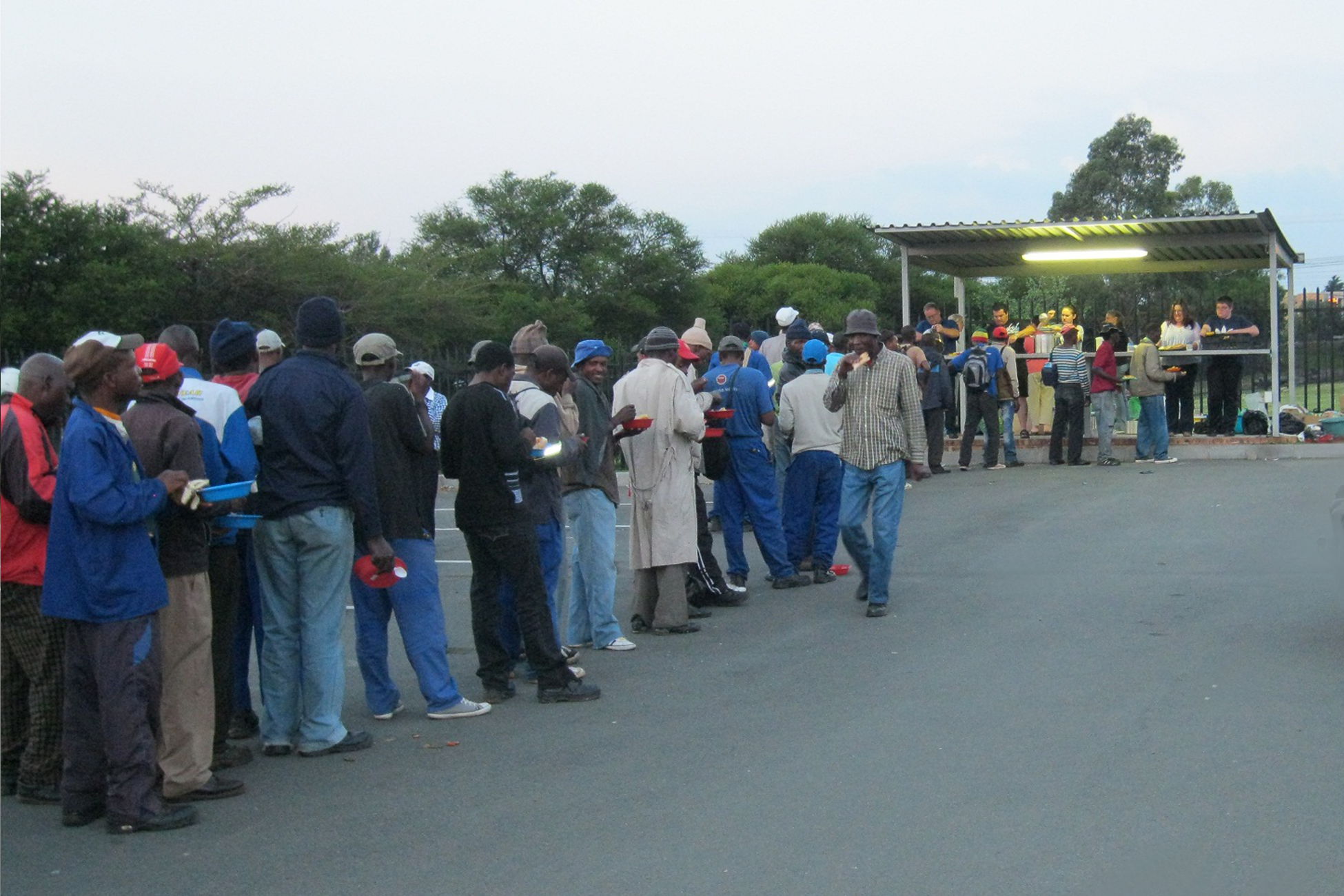 In the meantime we have become an integral part of the charity group. The feeding started for 100 people, a year later it went up to 150 and at the moment we are providing a warm meal per day for 175 people.

Once a year, in winter we use some spare money to buy blankets for the homeless people in the group. Any leftover blankets are dropped off in areas where there are other homeless people.

Due to the high rate of Aids in South Africa and an increasing number of parents going back to their countries of origin without their children, more and more children have become orphaned. This has put a lot of pressure on the state orphanages and a number of privately registered orphanages have been set up. They do not receive any financial support from the government and are reliant on private donations.

As winter approached in South Africa, we noticed that two of the orphanages, which we sometimes supply with leftover food, did not have warm clothes for the children. We prepared and distributed some colourful parcels containing track suits, water bottles and sweets. 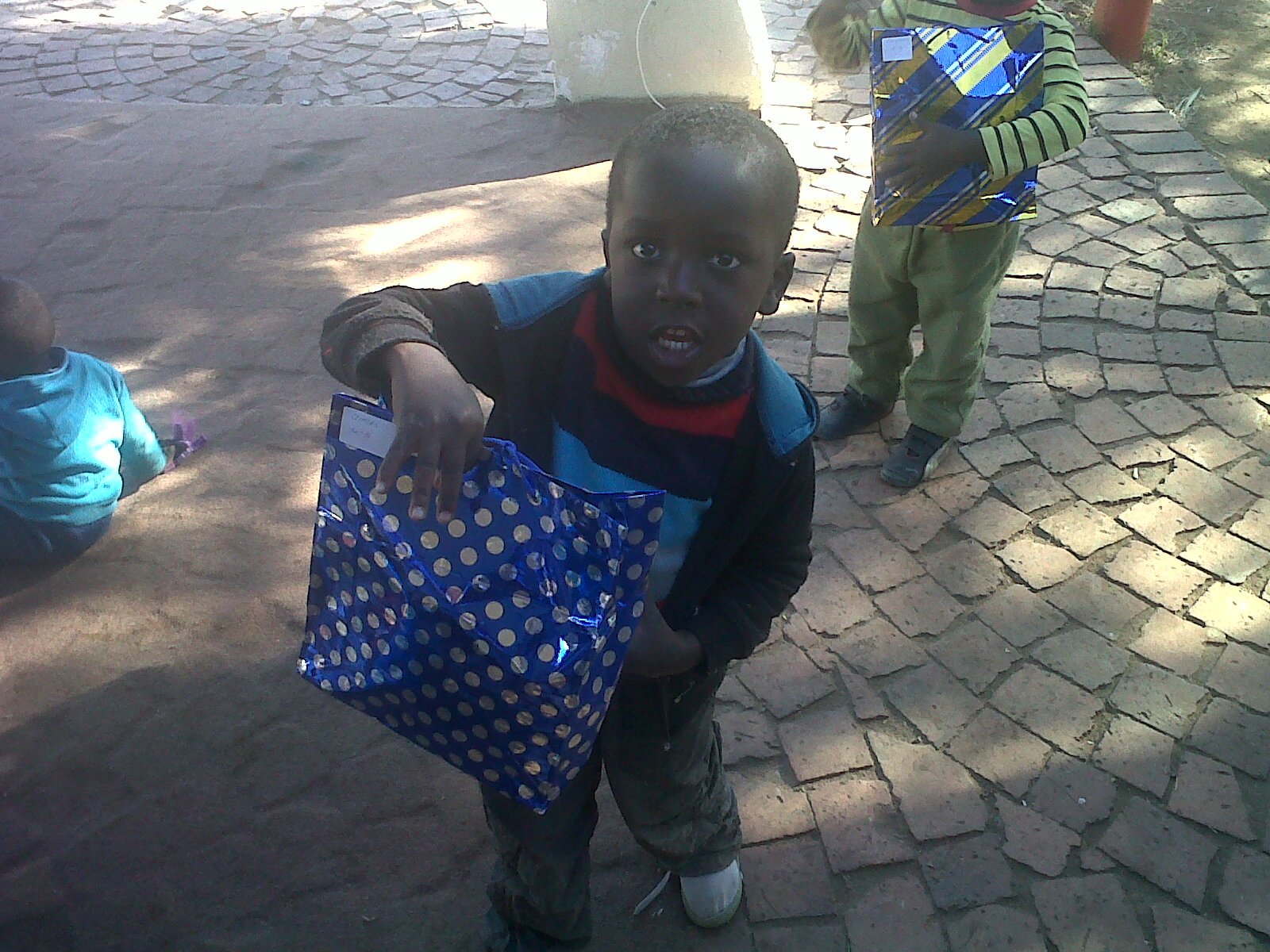 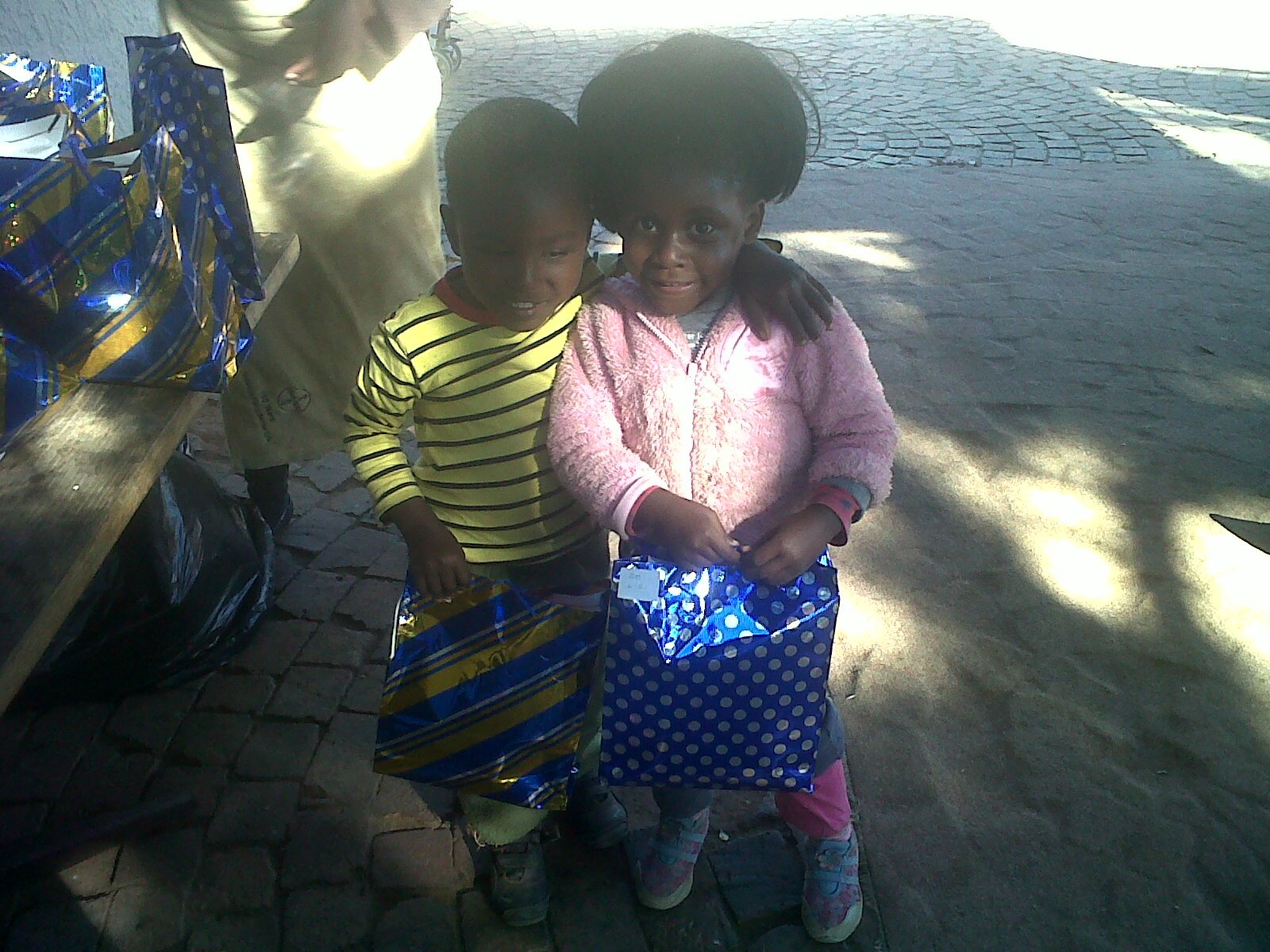 The cold winter temperatures made it impossible for the children to play outside and they expressed their need for a TV set. After advertising the request on Facebook, we were immediately offered five old TV sets that people didn’t use anymore. We were pleased to deliver them to three different orphanages.