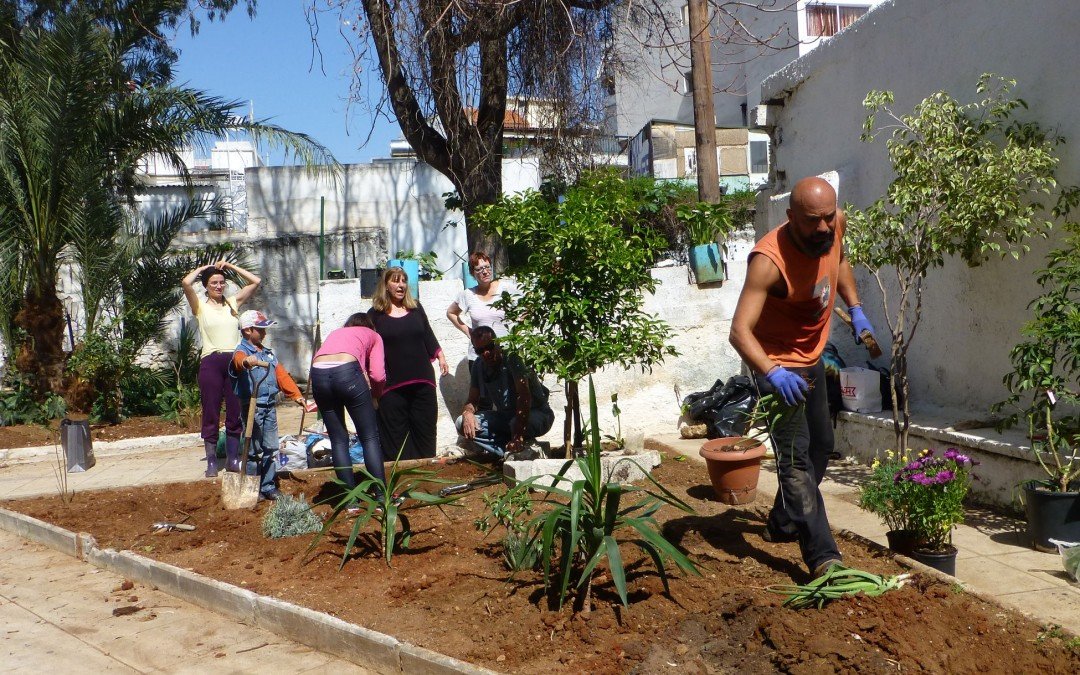 In various discussions about how the organisation could contribute best to the surrounding community based on the current situation in Greece, there was one question that came up several times: what do the people need? Besides jobs and money the people in Greece need something else, some sort of moral uplift, a feeling that someone cares for them.

The idea was to visit poor and neglected areas in the city and beautify them. In the suburb of Kaminia, on the border between the city Pireus and Athens, we found a small park on a fairly busy street that seemed to be forgotten.

This seemed like the perfect test object and after cleaning the park and pruning the trees, we tiled the soil and left. By the time we left, the park was hardly recognisable. 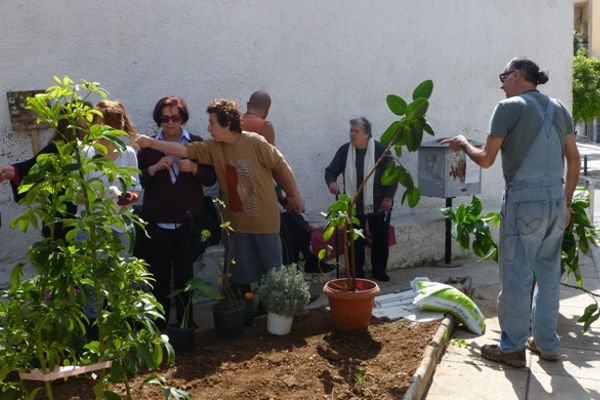 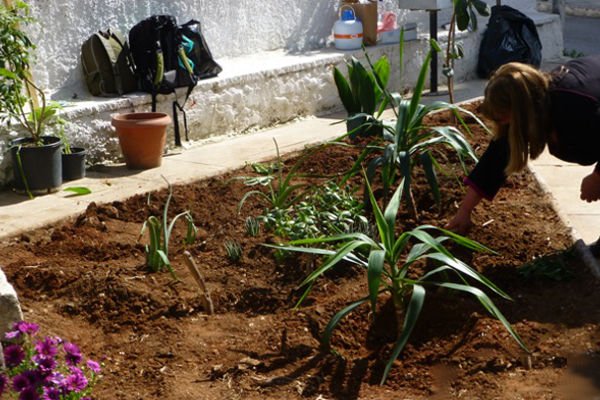 A week later we re-visited the area to hand out flyers in the neighbourhood, inviting people to come and join us to plant flowers and small trees. They were also welcome to contribute flowers or plants from their own gardens and balconies.

On the actual day people had already been waiting for us, and even more were arriving with shopping carts carrying plants. Some just dropped them off, others stayed to help with the planting.

It was a great experience for everybody involved, no matter what age or background. A lady with her grandchildren and many other elderly people told us about the history of the neighbourhood. Although some of them were not capable of working due to their age, they were eager to talk to us.
By the end of the day we all felt tired but elated and enriched. The small park was transformed into a quiet and beautiful space and the people in the neighbourhood were happy and grateful.